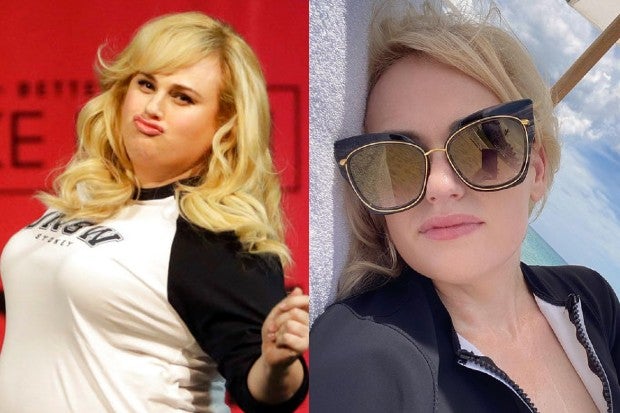 Rebel Wilson has opened up about how her team initially questioned her decision to lose weight because she was earning millions of dollars from being a fat comedian.

“I got a lot of pushback from my own team actually here in Hollywood when I said: ‘Okay I’m going to do this year of health. I feel like I’m really gonna physically transform and change my life,'” the actress said in an exclusive interview with BBC News on Monday, Dec. 6.

“They were like: ‘Why? Why would you want to do that?’ because I was earning millions of dollars being the funny fat girl and being that person,” she added.

Wilson, widely popular for her role as Fat Amy in the “Pitch Perfect” movie series, also spoke up on Hollywood’s obsession on women’s looks, stressing that not fitting into these standards helped her realize that it’s better to aim for “the healthiest version” of herself.

She maintained that while she had been comfortable in her own skin next to actors “double sometimes triple” her weight, she knew that her eating habits were unhealthy and that they stemmed from stress caused by the entertainment industry.

“I knew deep down inside some of the emotional eating behavior I was doing was not healthy. Like, I did not need a tub of ice cream every night. That was me kind of numbing emotions using food, which wasn’t the healthiest thing,” she added. “I think it was dealing with not being a natural performer and having to perform almost everyday, and that pressure and internal stress to be able to perform like that.”

Wilson has been public about her weight loss experience since 2020, when she proclaimed that she was going to start her “Year of Health.”

She continued to document her journey in losing weight through her Instagram account. By August of the same year, she proudly said that she was eight kilograms away from her target weight.

Other than her role in the “Pitch Perfect” series, Wilson is also known for her comedic work on the films “Bridesmaids” and “Jojo Rabbit,” where she played an eccentric roommate and a hate group camp instructor, respectively. Sam Mayoralgo/JB