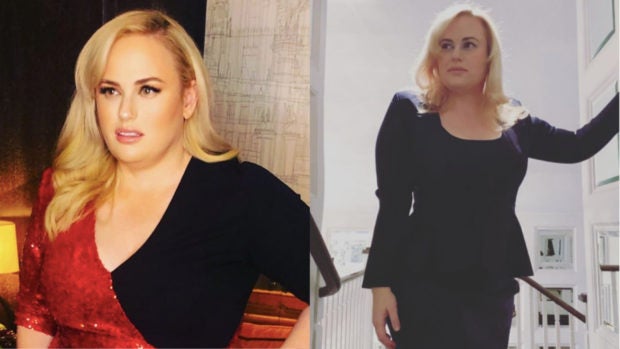 As Rebel Wilson committed herself to a healthier lifestyle, the Hollywood actress revealed that she used to be paid “a lot of money” to stay “bigger” by one of her jobs.

Wilson, who played Fat Amy in the film “Pitch Perfect,” said that “being bigger” affected her mental health, as per The Sun last Thursday, June 18. The Australian actress labeled her 2020 the “year of health” as she started undergoing personal training and taking note of her nutritional intake.

“I’ve been naming my years now, and, that’s kind of having these resolutions but for the whole year…,” she was quoted as saying. “I turned 40 as well in March and so I thought, this is gonna be it. This is going to be the year for me to just concentrate on the health benefits.”

Wilson clarified that she was not staying active and eating healthier “to get around a certain number.”

“It’s more than that,” she said. “[It’s] about dealing mentally with why I was overeating and I had a job where I was paid a lot of money to be bigger, at times which kind of can mess with your head a bit.”

Because others appeared to be interested in her fitness journey, Wilson said she is considering writing a book.

Wilson flaunted her slimmer figure by donning a fitted black dress, as seem on her Instagram post yesterday, June 19. The comedian was promoting her new TV show, “LOL: Last One Laughing Australia,” which can be streamed on Amazon Prime Video.

The actress also shared her goal to reach 75 kilograms on May 26. Wilson motivated her fellow fitness enthusiasts to keep on going to reach their target.

“I know some days are frustrating as hell, you feel like giving up, you get annoyed at the lack of progress…but good things are coming your way,” she assured.

Aside from reaching her target weight, Wilson is working on getting one of her movies into production before the year ends.  /ra

Lizzo slams fat shamers: ‘I’m not working out to have your ideal body type’