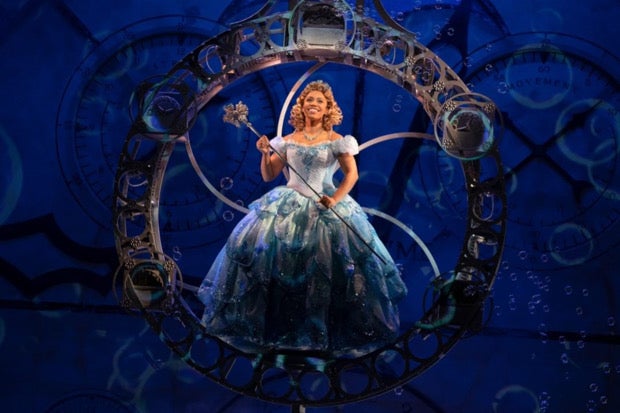 Brittney Johnson as Glinda the Good in “Wicked.” Image: Instagram/@wicked_musical

Johnson, who initially served as un understudy for the role in 2019, expressed her gratitude and described the support she’s been receiving as “surreal.”

“I only had a few people who I feel like I could look up to when I was starting this journey, and it’s still a little surreal for me when people send me messages and write me letters saying that I am the reason why they feel like they can pursue their dream, that I am the person that they are looking up to,” she said in an exclusive interview by People yesterday, Dec. 7.

“It feels like an awesome responsibility and one that I am grateful for,” she added.

Johnson also expressed how the casting felt like a “dream” for her, as per her Instagram page, also today.

Though it was not her first time to play the part, Johnson stressed that taking over the role brings a new kind of excitement, given that she will be performing eight times a week as full-time Glinda.

The actress recalled how she was “speechless” when “Wicked” producer David Stone called her to relay the news.

“He was like, ‘So, we would love for you to take over for Glinda,’ and then there was silence because I probably was sitting on the other line just like not breathing!” she shared also in the same report. “He was like, ‘Hello? Are you there? Are you excited?’ I was like, ‘Yes, I’m very excited.’ He had to wake me up because I feel like I’m in a dream.”