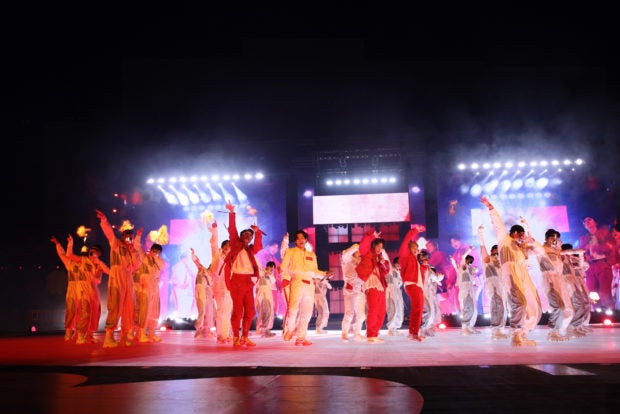 This photo provided by Big Hit Music shows K-pop supergroup BTS performing during one of its three concerts at Seoul Olympic Stadium on March 10, 12-13, 2022. (Big Hit Music via The Korea Herald/Asia News Network)

The “BTS Permission To Dance On Stage – Seoul” shows were held at Seoul Olympic Stadium on Thursday, Saturday and Sunday nights, with the first and third-night shows streamed live online and the second-night concert available for “live-viewing” at movie theaters across the world.

The shows drew a total audience of 45,000 at Seoul Olympic Stadium for the three days and were also watched live by 1,020,000 and 1.4 million fans, respectively, online and at theaters, Big Hit Music said.

The number 1.4 million is a record high for any non-film content shown at theaters around the world, according to the agency. (Yonhap)