Bea Alonzo on being told she used John Lloyd Cruz: 'We both benefited from the partnership' | Inquirer Entertainment

Bea Alonzo on being told she used John Lloyd Cruz: ‘We both benefited from the partnership’ 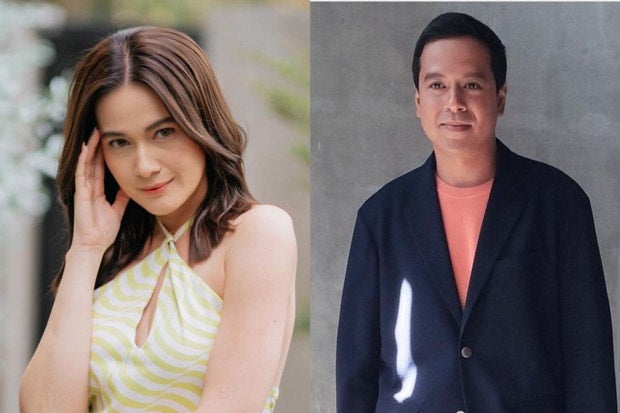 Bea Alonzo stressed that her team up with actor John Lloyd Cruz benefited both of them and not only her, in response to a comment saying she’s using him for publicity.

Alonzo addressed the comment in a sit-down vlog where she answered mean tweets about her, as seen on her YouTube channel last Saturday, March 12.

(You’ve become a user, liar and schemer. You have no shame for using your fans and 20 years of team-up with John Lloyd Cruz. You shouldn’t have gone that lane where you needed to use John Lloyd and your fans because it’s as if you also fooled your fans who have supported you for 20 years.)

“Magkasama kami sa 20 years so parang (We’ve been together for 20 years so) in a way, we both benefitted from the partnership because for me it’s a partnership more than anything and sa friendship pareho kayong nagbe-benefit doon (in a friendship, you both benefit from it),” Alonzo answered. “It’s not a one way street.”

The actress also pointed out in response to another commenter later that she and Cruz have a valuable friendship, despite not having been in a romantic relationship together.

Meanwhile, the same netizen who accused her of using Cruz earlier also supposedly claimed that Alonzo’s boyfriend Dominic Roque also uses her for publicity. Alonzo laughed and shrugged it off.

(I admired you for being yourself and the best drama queen actress but now you’ve become the best gimmick queen. It’s partly because of Dominic’s posts why you’re being exposed. He also craves publicity. He doesn’t want to be tagged as a user but his behavior says otherwise so you can’t blame the viewers.)

(If I’m using [Dominic] or I’m being used by [Dominic] – I don’t understand what the netizen is trying to say. Does it mean that whenever I have a partner, it’s either he uses me or I use him? I don’t get it but I hope you’re (netizen) okay because we’re all good.)

Alonzo then spoke about how she deals with bashing, adding how she chooses to focus on good comments for her “sanity.”

(Through the years, I learned to filter comments for my survival and sanity because we’re in a business where anyone can say anything about you, may it be true or not.)