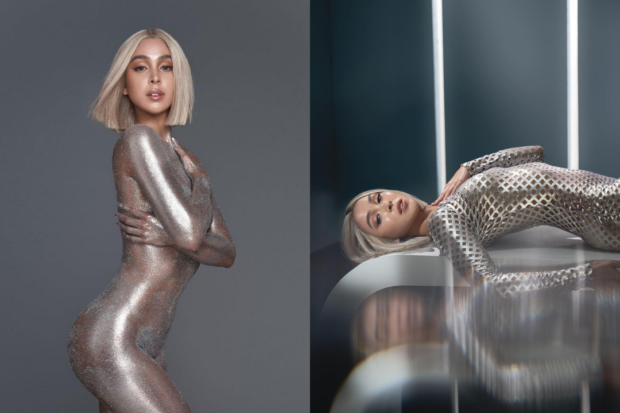 Julia Barretto looked like a captivating silver goddess for her 25th birthday as she marked the milestone with a sexy photo shoot where she appears to be nude.

For her birthday shoot, the actress donned what seems to be a figure-hugging sheer bodysuit covered with silver glitters while sporting a blonde hairdo, as seen on her Instagram page yesterday, March 10. The portraits were taken by celebrity photographer BJ Pascual.

Barretto also had the same blonde bob when she flaunted her curves in a silver bodysuit, shown also on her Instagram page on the same day.

“Silver year,” she said, referring to the meaning of the color.

Actor Gerald Anderson, Barretto’s boyfriend, meanwhile, showed moments with the actress while wishing her a happy birthday via his Instagram page, also yesterday.

Anderson turned 33 years old last Monday, March 7, just a few days prior to Barretto’s birthday. The actress called Anderson “my love, my best friend” when she greeted him via her Instagram page on the same day.

The actor confirmed his relationship with Barretto in March 2021, after months of speculation from fans.  /ra