Regal's 'Mano Po Legacy' franchise on GMA Network: An enduring legacy that is for the ages | Inquirer Entertainment

Regal’s ‘Mano Po Legacy’ franchise on GMA Network: An enduring legacy that is for the ages 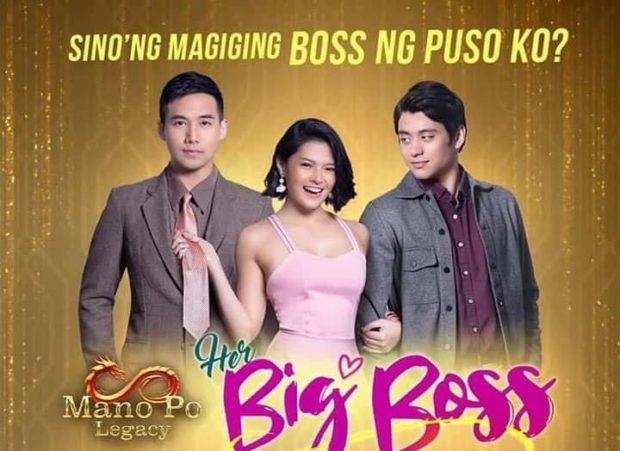 Once in a blue moon, there appears a series of movies that are so epic, enthralling and captivating to its moviegoers, that down the line, it would be but inevitable that it would have its own spin-off, adaptation or evolution on television. That movie series is none other than Mano Po which had six sequels. Those total seven movies were released by Regal Entertainment, Inc. during the last two decades and are already etched in the annals of Philippine cinema as the best chronology of drama movies of all time.

Less than a year ago, the “forbidden door” was finally opened between Regal Entertainment, Inc. and GMA Network with the arrival of the television adaptation of the “Mano Po” series of movies in what would be its first installment in “Mano Po Legacy: The Family Fortune” to be shown on GMA Network. It became such a stupendously successful hit on GMA Network with its anthology of family drama, riveting twists and turns, intense gripping moments executed by established onscreen characters, as well as by newly discovered artists, and most of all, its timeless storyline.

The overwhelming success of “Mano Po Legacy: The Family Fortune” proved without a shadow of a doubt that “Mano Po” was going to become a big hit no matter what multi-media platform it would be shown on. It made the giant leap from the cinemas to the television screens of every single Filipino who faithfully watched it every weeknight, whether they were in the Philippines or abroad. They tuned in without fail and assiduously followed every single episode. And the most amazing thing is that the fanbase of “Mano Po” television series now encompasses even the third and younger generation who have been drawn in the beginning with their grandparents! I believe this phenomenon has been unheard of until now, with this “Mano Po Legacy” multimedia franchise.

Now, why stop there, right? Why put the brakes on a multi-media franchise that has only begun to scratch the surface of its potential on television, namely on GMA Network? Exactly! This time, the second installment will surely whet the appetite of its viewers, fans and followers, because the genre has been switched into a comedy, specifically an office romantic comedy. This time around it is easing up on the drama factor, and relying more on humor, wit and some off-beat comedy that will be perfect for the critical time we are in right now. From the drama to the comedy, from the crying to the laughter, and from watching dramatic scenes to now laugh-out-loud scenes — what more could we ask for, indeed. No matter what the genre is, the overall quality will always be there. Why so? It’s because it is from Regal Entertainment Inc., no less.

“Mano Po Legacy: Her Big Boss” is an all-star cast with its actors, namely GMA Network Kapuso mainstays and heavy hitters Bianca Umali, Ken Chan and Kelvin Miranda. They are joined by some of the brightest and most popular stars from Regal Entertainment, Inc. Regal Babies, Teejay Marquez, Sarah Edwards and Sarah Holmes. Then, followed by potential and self-driven young actors Haley Dizon, Blue Cailles and Kate Yalung. Additionally, they are joined by veteran actors Ricardo Cepeda, Marina Benipayo, and Arlene Muhlach. And let’s not forget the icing on the cake and the one who will definitely give this “Mano Po Legacy: Her Big Boss” her very own unique and distinctive piquant flavor, veteran comedian Ms. Pokwang! She’s always a joy and hilarious to watch.

Surely, with such an all-star and jam-packed cast of familiar and new actors in “Mano Po Legacy: Her Big Boss,” the people who are behind the scenes to bring structure and direction to this series must be mentioned, credited and given acknowledgment as well. The producers: Roselle Monteverde and “The Living Legend” herself, Mother Lily Monteverde. The director: Easy “EZ” Ferrer. The head writer: Joey Javier Reyes. Writers: Ron Dulatre and Lino Balmes.

Big names there are, both onscreen and behind the scenes, for “Mano Po Legacy’: Her Big Boss.”

Dingdong Dantes returning as host of ‘Family Feud’ on GMA?