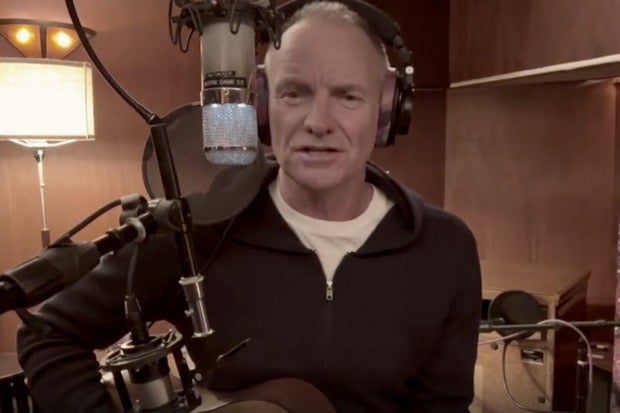 British pop-rock icon Sting made a stand against the ongoing Russian invasion of Ukraine by singing his 1985 song “Russians” as a call to stop the war.

The Grammy-award winning singer talked about how the song mirrors the current war situation between Russia and Ukraine, as per his Instagram page last Sunday, March. 6. “Russians” was written during the Cold War between the United States and the Soviet Union.

“I’ve only rarely sung this song in the many years since it was written, because I never thought it would be relevant again,” he said. “But, in the light of one man’s bloody and woefully misguided decision to invade a peaceful, unthreatening neighbor, the song is, once again, a plea for our common humanity.”

The musician is apparently referring to Russian President Vladimir Putin.

Sting then dedicated his performance to the citizens of both countries who are caught up in conflict and are opposing the non-humanitarian causes.

“For the brave Ukrainians fighting against this brutal tyranny and also the many Russians who are protesting this outrage despite the threat of arrest and imprisonment — We, all of us, love our children,” he added. “Stop the war.”

Sting, a known human rights and environmental activist, is the former vocalist of the band The Police which was behind the hit songs “Every Breath You Take” and “Roxanne.” Aside from his multiple Grammy awards, Sting has also earned the Kennedy Center Honors in 2014 for his lifetime contribution to American culture. JB