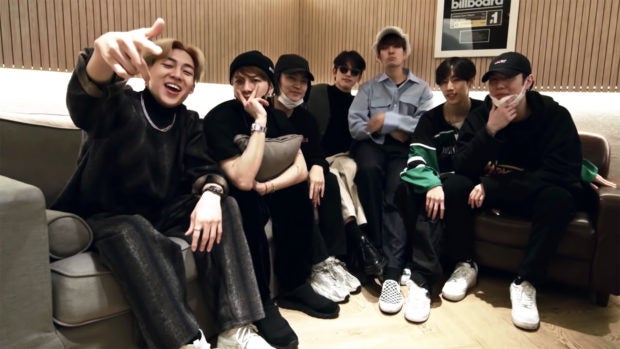 The long-awaited comeback of internationally revered South Korean group GOT7 might be happening real soon.

The fandom is currently in celebration mode after news of Mark Tuan’s arrival in South Korea today, which set social media ablaze and had GOT7 flying to the top of Philippine and worldwide Twitter trends.

This development has further solidified fan speculations that the seven-piece act, whose last project “ENCORE” was released over a year ago, is now currently preparing for its much-anticipated return.

Ahgases (GOT7 fans) have been on the trail since GOT7’s decision to leave JYP Entertainment in January 2021. In a reunion via Instagram Live early this year to mark their eighth anniversary, Jinyoung promised that the group would definitely come back, though he wasn’t sure when that might be.

Happy eight years, our boys! We're all in it for the long ride. #GOT7 #GOT7_FOR8VER

Since then, more clues have been adding up. In a January online showcase for his mini-album “B,” Bambam revealed that the members had been talking about the group’s comeback as he struggled not to spoil things further.

His fellow members tried to sweep the revelation under the rug: both Mark and Youngjae acted like they had no idea when the matter was brought up, while Jinyoung remarked in an Instagram Live that Bambam “always causes problems and trouble.”

Q: do you know Bambam spoiled the comeback
Jinyoung : *taking deep breathe* he is always cause the problem, trouble ajsjwjw pic.twitter.com/P4HexrLDDU

The fandom became more convinced about the septet’s comeback after some fans recently noticed that the link to GOT7’s new YouTube channel had been changed to “GOT7StillAlive.”

READ: A year after freedom, GOT7 flies even higher

With Mark’s return, six out of seven GOT7 members are in South Korea right now. While there are no confirmed reports on Jackson Wang’s current whereabouts, eagle-eyed fans have spotted his Instagram account indicating that he is also in the country.

If speculations are true, it would mark an end to the multi-awarded septet’s absence that has spanned over a year, with its last full-length album “Breath of Love: Last Piece” released in November 2020.  /ra