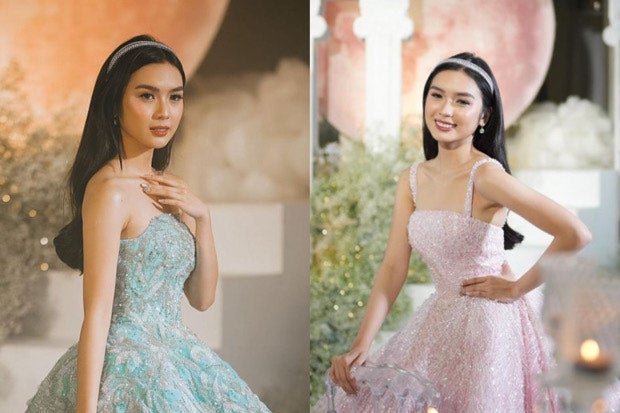 Francine Diaz radiated elegance in her dreamland-themed debut party which is part of the month-long celebration of her 18th birthday.

Gideon Hermosa, the event’s set designer, also showed moments from Diaz’s party on his Instagram page, also last Saturday. The venue was filled with flowers and balls of cloud-like ornaments, while the dining area glittered with crystal accents.

“A dreamland becomes a beautiful reality for the gorgeous, [Francine Diaz]. Wispy petals, clouds of florals and soft candlelights are the background to our breathtaking [debutante]!” Hermosa said.

Meanwhile, the photography studio released the same-day-edit video of the party which documented Diaz’s activities, from her preparation, down to the celebration, as seen on its YouTube channel yesterday, Feb. 27.

Diaz received well-wishes from her family, friends and managers in a compilation video of greetings, as seen on Star Magic’s YouTube channel, also last Saturday. In the said video, which appears to be taken before the party, the actress expressed her gratitude to her fans and to those who attended her birthday event.

(To those who will and will not be able to attend my party, thank you to all of you. Those who were invited to my debut party are people who I made happy and I’m happy to be with. They make me feel special.)

It was noticeable that her fellow Gold Squad members Andrea Brillantes, Seth Fedelin and Kyle Echarri were not present in the said event. It can be recalled that Diaz, Brillantes and Fedelin recently hit headlines when the two actresses appeared to have unfollowed each other, after Fedelin was spotted spending time with Diaz’s family. Speculations that Fedelin was courting Diaz then arose but was later dismissed by her talent manager John Ling. JB