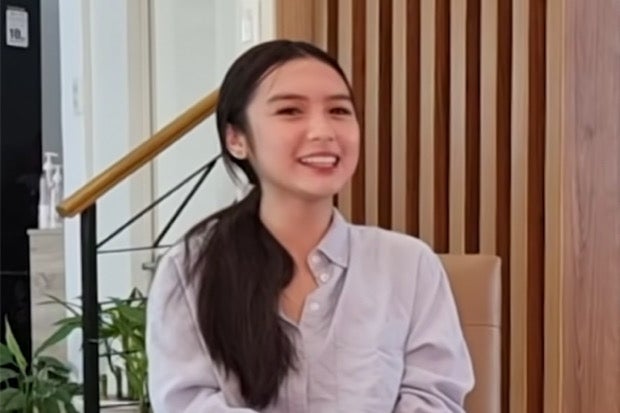 Francine Diaz has opened up about the hardships she went through before rising to fame, recalling an audition where she was almost called “stupid” by a director.

Diaz recounted a time when she was scolded for not being able to understand an instruction during an audition. This she narrated in an interview with broadcaster Karen Davila, as seen on the latter’s YouTube channel yesterday, Jan. 29.

(My mom and I had this rule where we should finish an audition first before eating a meal because we’re short on money. So I was not allowed to eat unless the audition was over, because we still have to pay for our fare. Of course when you’re hungry, you have a hard time understanding instructions, your brain is not working. So at that time, the director seemed to be saying something and I was not able to understand it clearly because I was hungry — though I still gave it my best, then the director told me, “Actors should be smart, not stupid.”)

Despite the remark, Diaz still went to other auditions. She then talked about how she got a role in ABS-CBN’s “Kadenang Ginto,” and how she borrowed money from her road manager and neighbors to go to the set location.

(We borrowed money from my road manager to ride a Grab. We even knocked on our neighbors very early in the morning, to borrow money for our fare.)

When asked about who she looks up to, Diaz named fellow actresses Kathryn Bernardo and Judy Ann Santos. She also noted how like her, they had also gone through hardships in their careers, which she looks at as stepping stones to success.

Diaz appeared in the teleserye “Kadenang Ginto” in 2018, which she starred in alongside Andrea Brillantes, Seth Fedelin and Kyle Echarri. The four have since been known as the Gold Squad and gained a big following among young audiences. JB