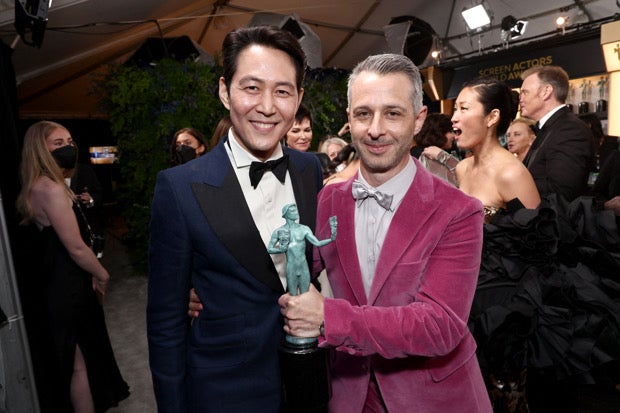 The top film award went to “CODA,” a moving drama about a deaf family and their daughter who can hear.

“Succession” and “Ted Lasso” took home top honors for best ensembles in a television drama and comedy, respectively. But the two top acting prizes for a TV drama went to the stars of dystopian South Korean hit series “Squid Game.”