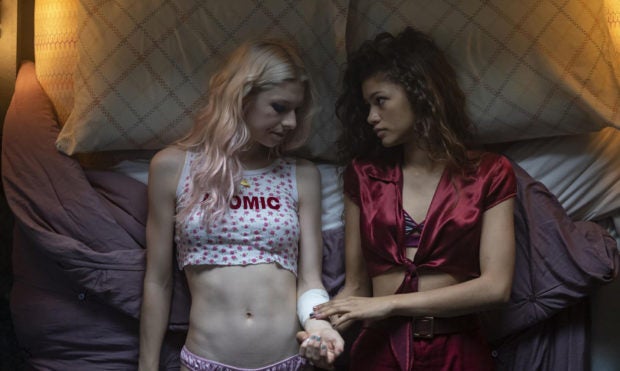 In the HBO series “Euphoria,” one of the main characters, Jules is played by transgender actress Hunter Schafer. Image: HBO via ETX Daily Up

Good news: more and more characters in TV series are part of the LGBTQ community. It’s an important step for viewers in terms of representation, and the 2021-2022 season has even set a record. In total, 92 characters from the LGBTQ community make regular appearances on American TV shows this season.

It’s a record number. According to GLAAD (Gay & Lesbian Alliance Against Defamation), which fights discrimination against LGBTQ people, 11.9%  of characters on series represent the community on American TV. Out of 775 regular characters, 92 of them are identified as LGBTQ. An increase of 2.8% from 2020-2021.

For their new report on the representation of the LGBTQ community on television, the association GLAAD looked at new series and new seasons broadcast between June 1, 2021 and May 31, 2022.

Similar progress can be seen with streaming platforms. For this new season, GLAAD analyzed programming from Apple TV+, Disney+, HBO Max, Paramount+ and Peacock, in addition to Netflix, Amazon Prime Video and Hulu, among others. In all, 245 LGBTQ characters are series regulars while 113 characters from the community appear on television on a recurring basis.

Across all platforms, 637 characters from the LGBTQ community appear in series for the 2021-2022 season.
It’s nothing short of a breakthrough for the representation of gay, lesbian, transgender, bisexual and queer individuals in society.