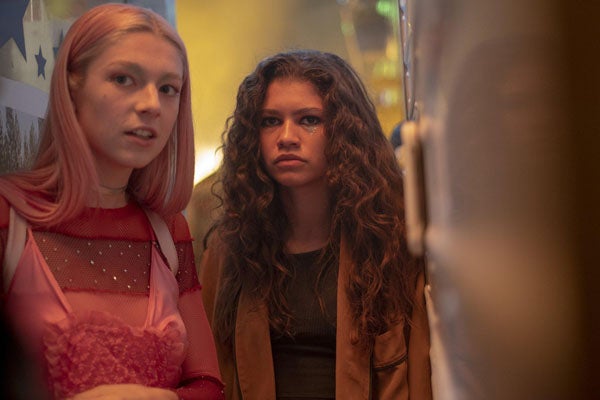 Gen Z icon and star of the hit series “Euphoria,” the fashion-forward Zendaya leaves no one indifferent with her cool and edgy style. Image: HBO

2021 was marked by the growing influence of TV series on fashion. Shows like “Emily in Paris,” “Squid Game” and “Sex Education” have all, in one way or another, changed the way people dress, sometimes even bringing back to the forefront pieces that were once considered outdated. And it’s a trend that looks set to continue in 2022, as shown by the success of the looks seen in the teen drama “Euphoria.”

Gen Z icon and star of the hit series “Euphoria,” the fashion-forward Zendaya leaves no one indifferent with her cool and edgy style. While season two’s first episodes have broken records on HBO, the main characters’ outfits are proving a hit worldwide, shining the spotlight on some lesser-known brands.

Cool, transgressive and perfectly in tune with the times, the style of the show’s main characters inspires Gen Zers on a daily basis. Seen by more than two million viewers on HBO Max, the first episode proved particularly memorable. To celebrate the new year, young Lexi Howard wore a head-to-toe Batsheva look, which proved an instant hit. Just 24 hours after the episode aired, searches for the New York brand jumped 300%, according to search engine Stylight, reflecting the influence characters’ outfits can have on viewers’ wardrobe choices.

This influence is likely to continue with the airing of future episodes, highly anticipated by Gen Z viewers in search of new fashion inspirations for the coming months. JB