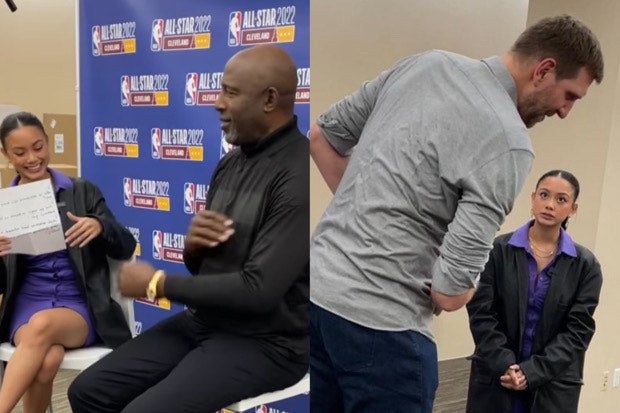 Garcia treated fans to snaps of her NBA experience and the behind-the-scenes moments of her interview with Nowitzki and Worthy, as seen on her Instagram page on Monday, Feb. 21.

In one of the videos, Garcia and Worthy appear to be talking about musical icons, mentioning the “King of Pop” Michael Jackson and another American icon Madonna. Nowitzki, meanwhile, showed Garcia some of his basketball moves while the singer looked at him in awe.

Garcia also showed herself watching the game and cheering for the players in a separate post yesterday, Feb. 22.

“Thank you [very] much [NBA] for inviting me to witness such GREATNESS !!!!!!!! I’ll remember this moment forever,” she stated.

Garcia emerged as a TV personality in 2015 after being cast as a housemate in the ABS-CBN reality show “Pinoy Big Brother.” She’s now based in Los Angeles in the United States and has signed with the music label Paradise Rising, a Philippine-focused sub label of the American music company 88rising. Other artists handled by the label are Joji, NIKI and Rich Brian. JB