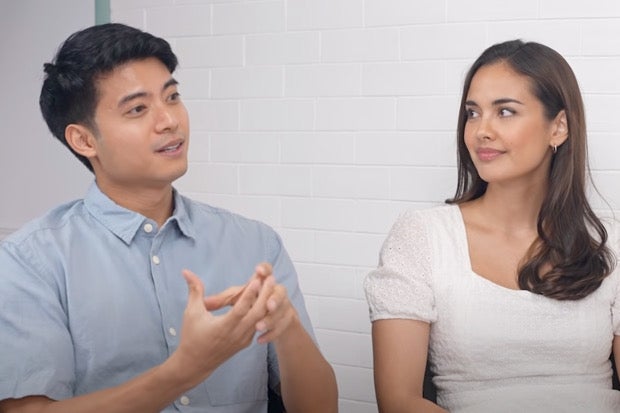 Megan Young looked back on her 2013 Miss World journey and revealed that her husband, actor Mikael Daez was the one who pushed her to join the pageant.

Young recounted the time before she joined the competition and how Daez contributed in building her confidence, as seen on the couple’s exclusive interview with actress-TV host Toni Gonzaga on Gonzaga’s YouTube channel yesterday, Feb. 20.

(At that time, I was unsure [if I would join the pageant] but I was already considering it since 2012. Then I told him, “I don’t know if I can do it,” then he told me that I should give it a try so that I won’t have “what ifs.”)

She then talked about how Daez advised her to give her “1000%” if ever she decides to join, noting that it was an opportunity sought by a lot of people. Young also described Daez as a “leader” who helped her become her “own person.”

“Before getting into Miss World, malaking factor talaga siya sa akin na siya yung nag-push and he gave me the confidence because I’m a natural follower. I don’t think that I’m a natural born leader like Mikael and his personality,” she stated. “He was trying to help me become my own person para ako na ‘yung mag-make ng decisions and I don’t have to rely on other people para mag-decide para sa akin.”

(Before getting into Miss World, he was really a big factor for me and he was the one who pushed me and gave me confidence because I’m a natural follower. I don’t think that I’m a natural born leader like Mikael and his personality. He was trying to help me become my own person so I can make decisions on my own and I don’t have to rely on other people to decide for me.)

When asked about the relationship hurdles they faced, the couple shared that being away from each other during the pageant allowed them to grow as individuals in their respective careers.

“We were still there to support each other. Syempre (Of course), distance stains a relationship sometimes, there would be times na nag-aaway kami (when we would have fights) but we use that as a learning experience for ourselves,” Young added.

Daez and Young had been together for nine years before tying the knot in January of 2020. They recently marked their second wedding anniversary,  admitting that they almost forgot the occasion. JB