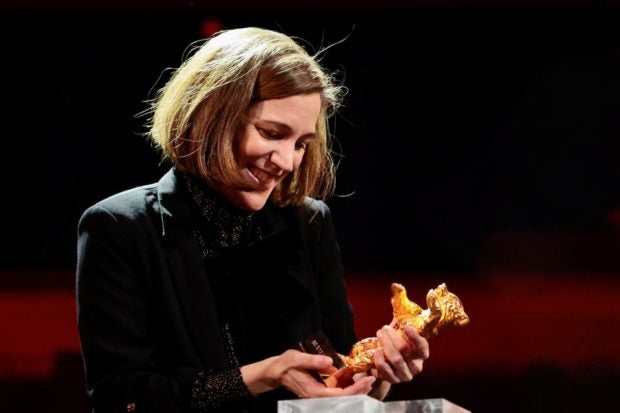 BERLIN — Spanish director Carla Simon’s film “Alcarras,” which explores the divisions ripped into a close-knit family of Catalan farmers when they face eviction from their ancestral plot, won the Berlin Film Festival’s top prize on Wednesday.

Simon herself grew up on a peach farm in the village of Alcarras, and her film was made using amateur actors from that area whom she recruited at village fairs and coached into playing several generations of a family of smallholders.

Announcing the best film award, the festival’s first since returning to in-person screenings after last year’s coronavirus-enforced break, jury president M. Night Shyamalan praised her skill in marshaling powerful performances from a cast that ranged from child actors to people in their 80s.

“This is really amazing because it is a small story about farmers and my family of farmers and a small village, and it’s so local so it feels so well that it will travel,” Simon said afterwards on the red carpet, celebrating the global attention she hopes “Alcarras” will receive, thanks to the prize. 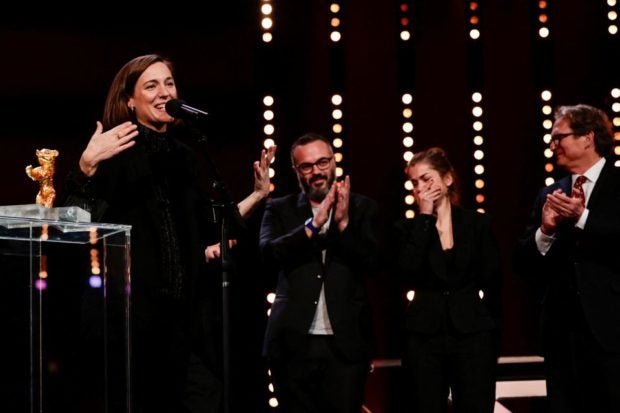 She described her film as a study of intergenerational tensions and how they and other fissures can be deepened by the trauma of seeing the death of a way of life once thought eternal.

During an emotional ceremony in which several winners dedicated awards to friends who had died of COVID-19, the best documentary award went to “Myanmar Diaries,” a documentary shot by 10 anonymous filmmakers whose footage was smuggled out and stitched into a portrait of life in Myanmar since last year’s coup.

Amid tensions and shuttle diplomacy centering on Russia’s intentions toward Ukraine, some awards did reflect the Berlinale’s traditional role as a political festival, set up in the 1950s in a divided city on the front lines of the Cold War.

The best short film was awarded to recent graduate Anastasia Veber’s “Trap,” a 20-minute portrait of the lives of young adults in Russia who party the nights away, chasing hedonism and trying to evade police checks.

“Rabiye Kurnaz vs. George W. Bush,” an account of Kurnaz’s struggle to get her son returned to Germany from the United States prison camp in Guantanamo Bay, won awards for best screenplay and best lead performance, which went to German-Turkish comedian Meltem Kaptan for her portrayal of the mother who bends the world to her will through the sheer power of love. JB