Beatrice Gomez speaks up on split with ex-GF: 'I did love her' | Inquirer Entertainment
Close
menu
search

Beatrice Gomez speaks up on split with ex-GF: ‘I did love her’ 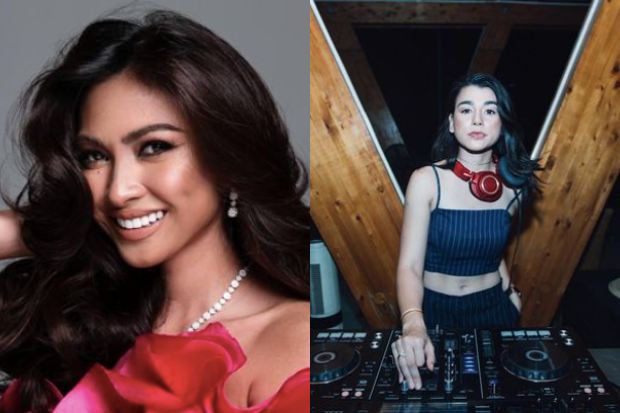 Miss Universe Philippines 2021 Beatrice Luigi Gomez has broken her silence on her breakup with her ex-girlfriend Kate Jagdon, months after the latter confirmed their split.

The beauty queen released a statement on her breakup with Jagdon on her Instagram Stories yesterday, Feb. 16. She claimed that Jagdon had “entertained” another person when they were together and  that they had other relationship problems.

“When I was on my way to the MUPH competition, after a series of confrontations, I learned that she’d already been entertaining a person named ‘Adam’ for over a year during our relationship,” she narrated. “She’s made out with someone, made a move on other girls and have been going out more often than usual that there were even times she wouldn’t come home for days.”

Gomez added that there were times when she had been unaware where Jagdon was and she did not “recognize” her anymore.

“People warned me about what she’s been doing and yet I continued to defend her and even tried to make it work,” she recounted.

Gomez also noted that being in a long-distance relationship and her taking Jagdon “for granted” contributed to their separation.

“I focused too much on trying to grow without realizing that I’ve been taking her for granted. All along she had been the victim of this break up because she chose to,” she said.

The beauty queen stressed that she initially wanted to keep her silence about the split, but her family was already being affected by those “hiding behind fake accounts attacking me and harassing me.” She also addressed speculations that she used her being a member of the LGBTQ+ community only for “clout.”

“Clout chasing is staying in a toxic relationship just to keep you people entertained,” she told the public. 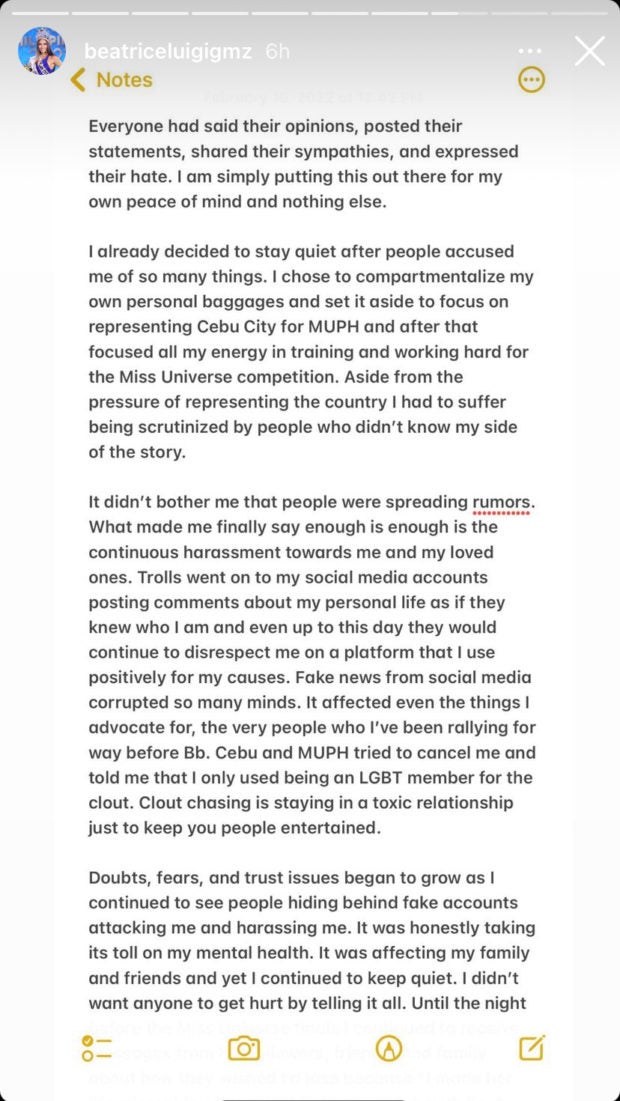 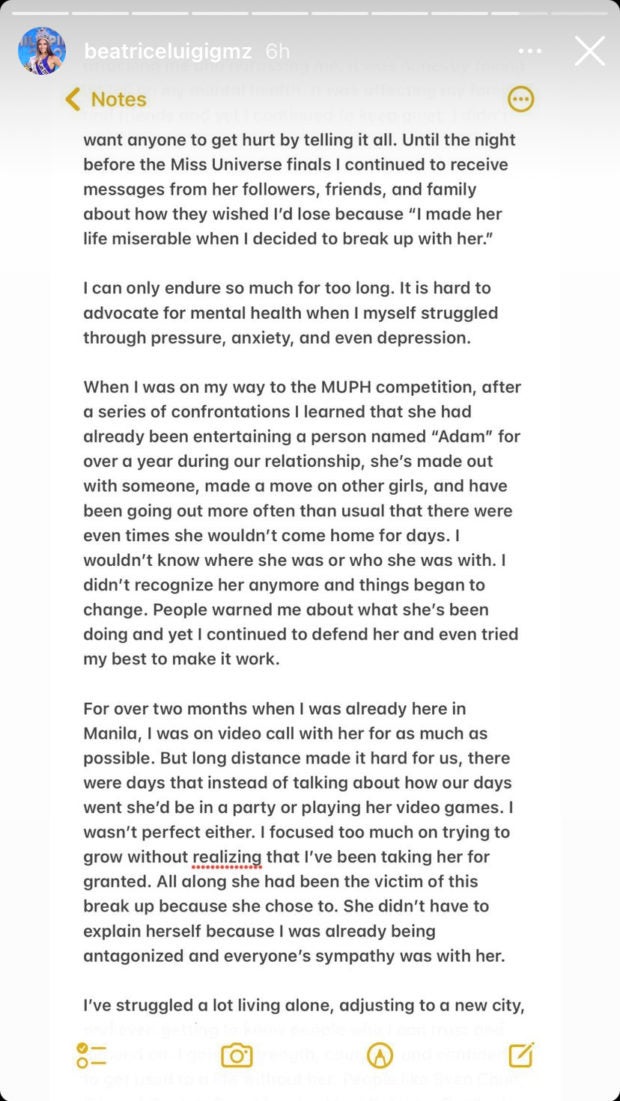 Despite having broken up, Gomez wishes the best for Jagdon, saying that she has no regrets over the six years they were in a relationship.

“I did love her. I don’t regret anything in the six years that we’ve been together. I loved her until the last day I was with her,” she said. “We both deserve to be happy…genuinely happy.” 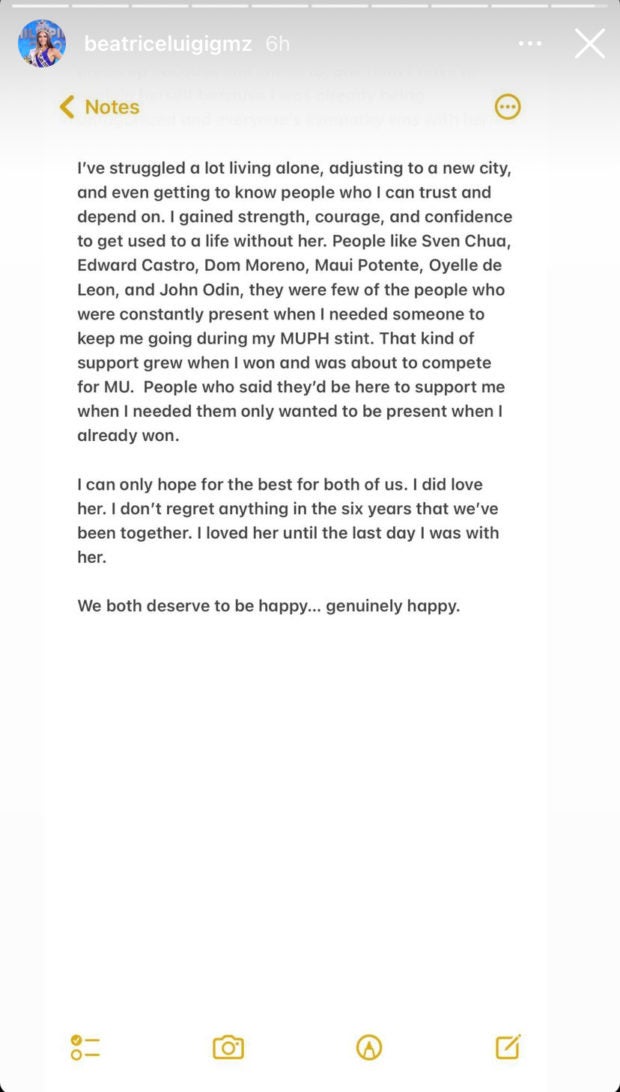 The pair’s breakup was confirmed by Jagdon in November 2021. Jagdon did not disclose the cause of the split.

Gomez won the Miss Universe Philippines competition in September last year. She is the first out member of the LGBTQ+ community to win the beauty pageant.  /ra