How antivax songs are another thorn in Spotify's side | Inquirer Entertainment

How antivax songs are another thorn in Spotify’s side 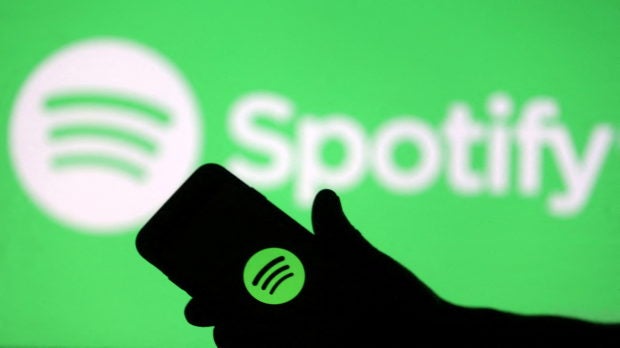 A smartphone is seen in front of a screen projection of Spotify logo, in this picture illustration taken April 1, 2018. Image: Reuters/Dado Ruvic

At the moment, it seems like Spotify is continually in the firing line. After the recent Joe Rogan controversy, the streaming giant is now in the hot seat over anti-vax songs hosted on the platform. Some of them have even been promoted in Spotify’s music playlists.

This issue was brought to light by the British weekly newspaper The Observer. It discovered that certain songs hosted on Spotify encourage music lovers not to take the COVID-19 vaccine. They refer to those who do as “slaves” and “sheep,” even suggesting that they have given in to the call of Satan. Other songs call for a popular uprising against COVID-related health measures and vaccination.

Prior to The Observer‘s revelations, these controversial songs were available on Spotify. All you had to do was type keywords relating to vaccination and anti-vax rhetoric into the streaming service’s search bar to hear them. Worse, Spotify’s algorithms even recommended these songs to some users who had expressed an interest in similar tracks.

Spotify removed many of the songs singled out by the British newspaper over the weekend of Feb. 12 to 13. The reason given? They violated the rules of the streaming service regarding the promotion of “dangerous, false, or deceptive content about COVID-19.” However, this case rekindles criticism that Spotify has been facing in recent weeks about its duties as a content host.

For a long time, its CEO Daniel Ek claimed that the platform had no editorial responsibility for the titles in its catalog. He rowed back on this stance in late January, following a controversy involving Joe Rogan. The singer Neil Young initiated a movement against Spotify by asking it to stop hosting the controversial but highly popular American podcaster’s show. Rogan has been accused of criticizing vaccination among young people and promoting the unapproved coronavirus treatment ivermectin. He also regularly interviews conspiracy theorists and anti-vaxxers such as American physician Robert Malone in his successful podcast.

Accused of giving free rein to misinformation on COVID-19, Spotify recently announced a series of measures to limit the spread of false information in its podcasts. It would seem that the number one music streaming company may want to consider doing the same for the millions of songs in its database. JB

What’s next for the TikTok music industry revolution?