Has 'Pam & Tommy' put the famous 'Baywatch' red swimsuit back on the fashion radar? | Inquirer Entertainment

Has ‘Pam & Tommy’ put the famous ‘Baywatch’ red swimsuit back on the fashion radar? 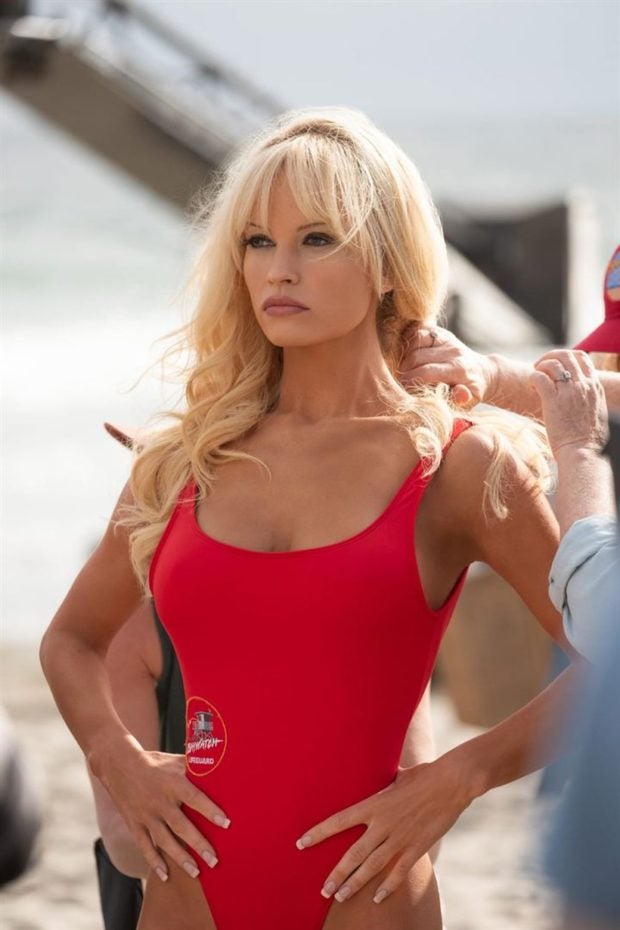 The “Pam & Tommy” miniseries launched Feb. 2, 2022, on the Hulu streaming service in the United States. Image: Hulu via ETX Daily Up

It may be cold in some parts of the world, but the “Pam & Tommy” miniseries on Hulu/Disney+ has warmed up the mood on social media. Searches for red swimsuits have increased on Google, and a host of celebrities have been posting pictures featuring “Baywatch”-inspired swimwear. Proof that the show’s star, Pamela Anderson, still holds sway over the world of fashion.

According to an analysis of Google Trends from Feb. 10 conducted by the brand Pour Moi, searches for red swimsuits inspired by the “Baywatch” star have increased by 55% compared to January 2022. The study analyzed searches including the terms “red swimsuit” and “red bathing suit.”

This increase coincides with the release of “Pam & Tommy,” the miniseries charting the love story between Pamela Anderson and Tommy Lee, airing on Hulu/Disney+ since Feb. 2. Sebastian Stan (“Captain America: The Winter Soldier”) and Lily James (“Cinderella”) play the couple who caused a sensation in the 1990s, and their celebrity likenesses have impressed viewers.

And this fashion trend is evidently also seducing stars. The rapper Ciara, the actress Eva Longoria and the singer Britney Spears have all posted pictures on Instagram showing themselves sporting different variations of the red swimsuit. While the “Like A Boy” singer preferred a modern version of the one-piece swimsuit, cut-out style, the pop star famed for hits like “Toxic” chose a decidedly sexy version. Meanwhile, the “Desperate Housewives” actress opted for a more vintage-style red two-piece for her Women’s Health magazine shoot. JB