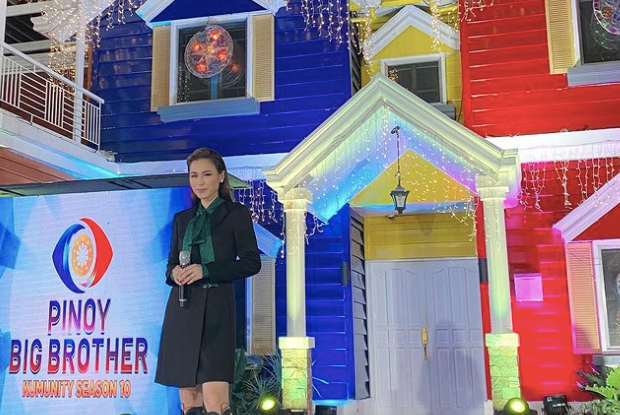 Toni Gonzaga has confirmed that she will no longer be one of the main hosts in the ABS-CBN reality TV show “Pinoy Big Brother.”

The actress-TV host, who has been hosting PBB for the past 16 years, announced her resignation from the show via a statement on her Instagram page today, Feb. 9.

“It has been my greatest honor to host PBB for 16 years. From witnessing all my co-hosts transition from housemates to PBB hosts are just some of the best moments of my life sa bahay ni Kuya (in Big Brother’s house),” she said, opting not to state the reason for her departure from the show.

“I know Bianca and the rest of the hosts will continue the PBB legacy. It’s been a privilege to greet you all with ‘Hello Philippines’ and ‘Hello World’ for the last 16 years,” she added, referring to how she usually greets viewers of the show.

Gonzaga then thanked Big Brother for the memories she had with the show as she officially signed off as host.

Meanwhile, the management of PBB released a statement on Gonzaga’s departure on its Twitter page, also today.

“We respect the decision of Toni Gonzaga-Soriano to step down as main host of ‘Pinoy Big Brother.’ Toni has been part of our reality show for 16 years and we thank her for helping bring the stories of our housemates to our viewers,” it stated.

This comes after Gonzaga trended on Twitter yesterday, Feb. 8, when she hosted the proclamation rally of Ferdinand Marcos Jr. and Sara Duterte at the Philippine Arena.

She also met criticism from netizens when she introduced Rep. Rodante Marcoleta as part of the tandem’s senatorial slate. Marcoleta was among those who opposed the franchise renewal of Gonzaga’s home network ABS-CBN. Around 11,000 workers were displaced after the network shut down in 2020.

The campaign period for national positions in the upcoming elections started yesterday and will end on May 7.  /ra