How Erich, Agot and Janice deal with the ‘kontrabidas’ in their lives | Inquirer Entertainment

How Erich, Agot and Janice deal with the ‘kontrabidas’ in their lives 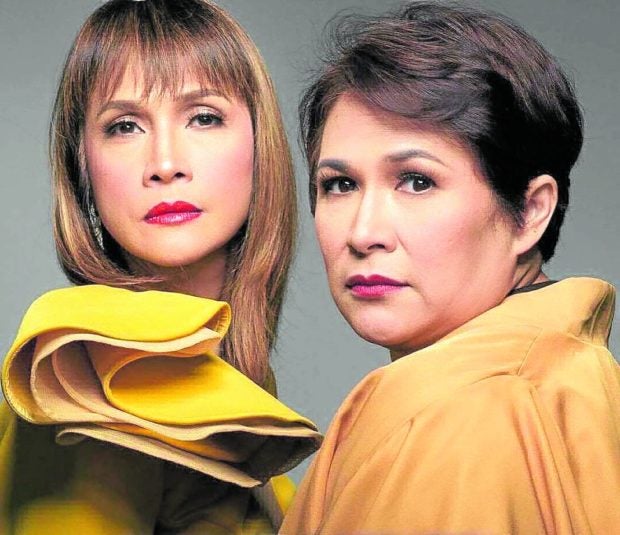 For Erich Gonzales, Agot Isidro and Janice de Belen, the female stars of the revenge-themed soap series “La Vida Lena,” the best memories they have while working on the program were those created off-cam.

Agot said her confrontation scene with Janice, particularly the one where the latter had to throw red wine on her face, has got to be the most memorable. “I was wearing an all-white piece for that dinner scene. I noticed that during the first take, Janice did not aim for my face,” Agot began.

“When we did our second take, I remember seeing that red blob eventually land on my face. That really surprised me but, as an actor, I still had to think of my lines and the fact that we still had to finish the scene. After that, I felt my hair drying up and getting really sticky. The liquid wasn’t really red wine but grape juice. Plus, one of my false eyelashes was already on my cheek. I really couldn’t take it. I told everyone, ‘Guys, I really need to take a bath before the next scene,’” said Agot during the virtual media conference to announce that the show will end on Feb. 4.

As for Janice, she said she loved it whenever she and Agot would rehearse and add something to the dialogue impromptu.

“It was always fun when we ad-libbed. I only do it with people I’m comfortable with, when I’m not worried that my coactor will take it the wrong way if, for example, I accidentally slap her too hard. Professional actors understand this and won’t take this personally,” she explained. “After that we would just laugh at ourselves. There was even a time when our director reminded us, ‘Hoy, awat na! We still have to shoot the scene.’” 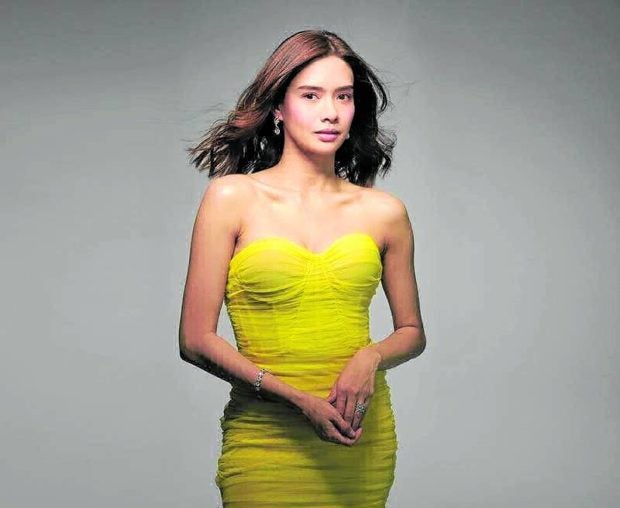 Erich, meanwhile, said working inside a bubble set makes a lot of difference for an actor. “It was just us every working day. We’re together when the day starts and ends. The thing I cherish the most is that I got to bond with all of them and that we became a family,” she pointed out. “The program became a team effort.”

It was also “La Vida Lena” that gave Agot her first lock-in experience. “I felt nervous in the beginning, but we were all safe in the end. Plus, we were all happy on the set. It surprised me that, even though we air at 10 p.m., which is already late for a lot of people, many were tagging us to tell us that they enjoyed our show. Our satisfaction level is high because people say they are pleased with the program.”

Janice said that during “old normal” situations, she wouldn’t have gotten really close with most of her costars. “It’s true. Most of the time, we would just say, ‘Hi! Hello!,’ but because of our setup, I got to really talk with JC (de Vera) and Kit (Thompson). This actually makes working together so much easier,” the actress added. “These people become close to you because they see you at your most vulnerable moments, like when you’re only in your pajamas.”

“La Vida Lena” premiered on the Kapamilya Channel on June 28 last year. It tells the struggles of Magda (Erich), who gets bullied because of the big scar on her face. Using her skills and intelligence, she creates a soap that eventually gains popularity in the town of Salvacion. The young lady’s success, however, does not sit well with Vanessa (Agot), whose family owns Royal Wellness, the biggest surgical and cosmetic company in the country.

When Magda refuses to sell her formula to Vanessa’s family, a string of bad luck comes her way. Magda returns with a new face, armed with determination to retaliate against the powerful clan who ruined her life, with the help of Ramona (Janice).

For Erich, the most important lesson the show tried to impart to its audience was the virtue of forgiveness. “It’s a gift that you give yourself,” she pointed out. “And as they say, you reap what you sow; it’s better to just plant all good seeds. In the end, it’s the hatred in your heart that will slowly eat you up. We have no control over other people’s behavior and decisions, but we have control over how we react to them. You just hope and pray that God will eventually give you the wisdom to deal with it.”

For Agot, “You are your own ‘kontrabida,’” she explained: “I know myself. I know which battles to fight and which to let go. I am principled and I know if I should stop or take the battle all the way to the end. These situations are also the kontrabida in my life.”

Janice agreed with Agot and said: “The biggest kontrabidas in our lives are actually the situations that we put ourselves in. It’s really knowing how to deal with these situations that matter. We do our best but, sometimes, we realize later on that it’s not the solution. We make mistakes, we fall, but we get back up again.”

You can watch the finale of “La Vida Lena” on Feb. 4, 10 p.m., on Kapamilya Channel, A2Z, TV5 and Kapamilya Online Live on ABS-CBN Entertainment’s YouTube channel and Facebook page.