Janella Salvador opens up on physical abuse in past relationship, trauma being around drunk men | Inquirer Entertainment
Close
menu
search

Janella Salvador opens up on physical abuse in past relationship, trauma being around drunk men 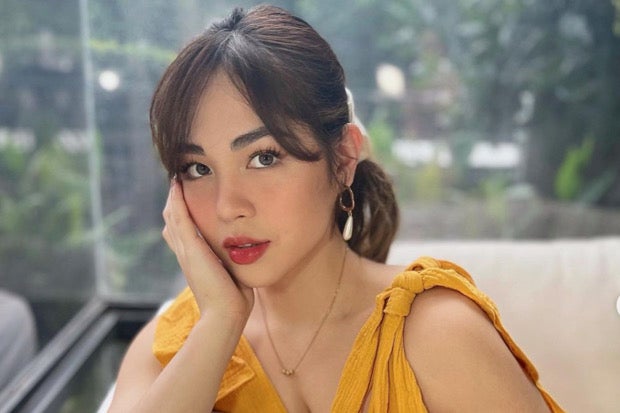 Janella Salvador has opened up about her past relationship and the trauma she suffered after experiencing physical abuse.

Though she did not name anyone, it can be recalled that Salvador previously claimed her ex-boyfriend, actor Elmo Magalona, physically abused her, after he allegedly hit her while he’s drunk.

Salvador spoke about how she chose to forgive him despite not having closure, in an interview with comedian and talent manager Ogie Diaz, as seen on his YouTube channel yesterday, Feb. 2.

(He caused me trauma. I already forgave him. I, as a person, easily forgive people. I don’t hold grudges because I want peace, but we never had closure. I just chose to — it’s already okay, I already let it go.)

Salvador then talked about how her experience gave her the trauma of being around drunk men, adding how she and her partner, actor Markus Paterson are compromising when it comes to drinking.

(Actually it was not the physical abuse that became traumatic for me. I have never talked about this. I won’t go into detail but for some reason, I had trauma being around drunk people, drunk men. When it is a drunk guy who’s not in the right state of mind, that’s what’s traumatic for me.)

(Of course he’s [Markus Paterson] younger, it can’t be avoided that he wants to have fun sometimes. It’s also not his fault that I have a trauma but we’re trying to work on it.)

She then stressed that she would never tolerate abuse again as she doesn’t want to go into the same situation twice.

Salvador and Paterson share a son together, Jude, who they revealed to the public in January last year. The couple recently threw a “Baby Boss” theme party to celebrate their son’s first birthday. JB