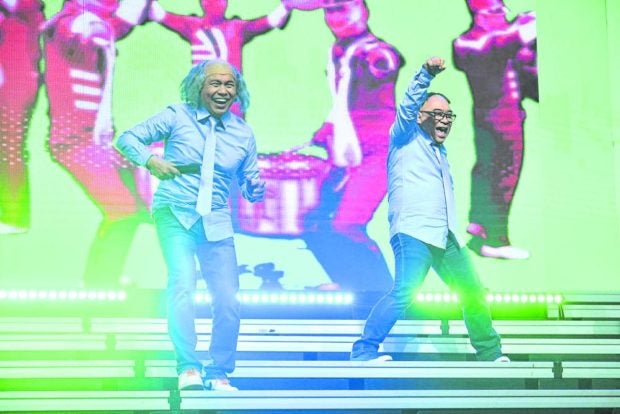 For the “Eat Bulaga!” hosts and “dabarkads,” one of the key factors behind the variety show’s longevity is its willingness to evolve and adapt to new trends and platforms. And in the past couple of years, social media, they said, has made an undeniable impact —especially when it comes to strengthening the show’s reach.

“Back then, the social media team of ‘Bulaga!’ was handled by only one, perhaps, two persons. Now, it really is a comprehensive endeavor. We’re even on Kumu (a Filipino video and e-commerce service) … Of course, television is still No. 1 when it comes to reaching our audience. But social media fills in the gaps,” Ryan Agoncillo told the Inquirer in a virtual conference for “Eat Bulaga’s” contract renewal with GMA 7.

“One good thing about ‘Bulaga’ is that it continues to evolve. And part of that is embracing social media, and using it not only as a tool, but learning from it,” he said.

Being on social media, Allan K. added, also means that their viewers can still have their fill of the show, even on the go. “For our very busy dabarkads, there’s our social media presence and posts that keep them updated with what’s happening. Social media is a big help to ‘Bulaga!,’ he said.

While Wally Bayola isn’t personally as active on social media, he does acknowledge its influence. “When they (social media apps) became popular, I feel like our connection with the fans became even stronger, wider. I don’t post as much but I know I have to adapt and learn,” he said.

They also appreciate the direct interactions with viewers and the instant feedback the hosts get about their content. “For some of us comedians, social media can be a source of inspiration for material or jokes,” Allan K. pointed out. 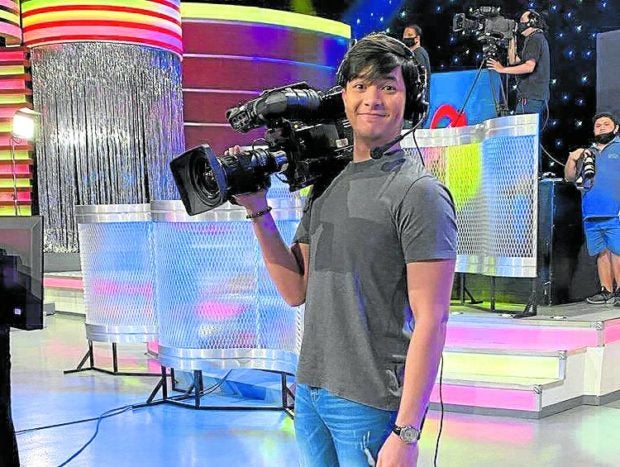 “Social media is a big thing for us because you see people being receptive to what you do. But if there are comments, criticisms ’di na kami nagmamatigas. We listen to them. If someone thinks there’s something wrong, we adjust,” Jose Manalo added.

The turning point for the show was the “AlDub” phenomenon, which demonstrated just how powerful social media can be.

“It was an awakening for the show,” said Alden Richards, whose accidental screen partnership with Maine Mendoza in 2015 became a pop culture sensation. “‘Bulaga!’ already had social media presence then, but we never imagined just how much it would amplify the Aldub phenomenon.”

Ryan added: “The AlDub experience highlighted the importance of social media especially in our mission to keep our finger to the pulse of the public. The feedback and exchange of ideas are direct and instantaneous.”

And little did they know that the show’s early social integration will be of big help when the pandemic struck in 2020. “We’re grateful for that. At least we were prepared. When COVID-19 surged and content started shifting to digital … At least we were able to cope with the changes. Hindi kami nahuli. We’re thankful for that,” Alden said.

And as “Eat Bulaga!” marks its 43rd year on air and its renewal of ties with GMA7, the hosts looked back at some of their fondest memories doing the show. For Allan K., it was the 25th anniversary “Silver Special” episode held in Angeles City in Pampanga.

For Wally, it was the “Sa Tamang Panahon” benefit concert at the Philippine Arena. “I remember being at rehearsals, looking at the venue and wondering, ‘Hanggang saan lang kaya ang tao dito?’” he said. “But in the morning of the show, I saw that people had filled the area all the way to the top bleachers.”

Jose and Ryan, meanwhile, said the little moments they share offstage and on-locations every day were just as precious.

“Doing the segment ‘Juan for All, All for Juan” outside is memorable. It’s amazing, going to different barangays and realizing that some people there are from other towns or provinces who trooped there just because they heard we’re going there,” Jose said. “And even amid the pandemic, our audience is still there for us.”

“It’s the small memories. Sometimes, we look at each other on the stage, or on the hallways, and we burst out laughing,” Ryan related. “The laughter starts at 9 a.m. all the way to taping. There are a lot of little things that make being part of the dabarkads enjoyable. The relationship and jokes aren’t only among the hosts—they extend to our staff and utility. These little memories add up and keep the flame alive.”