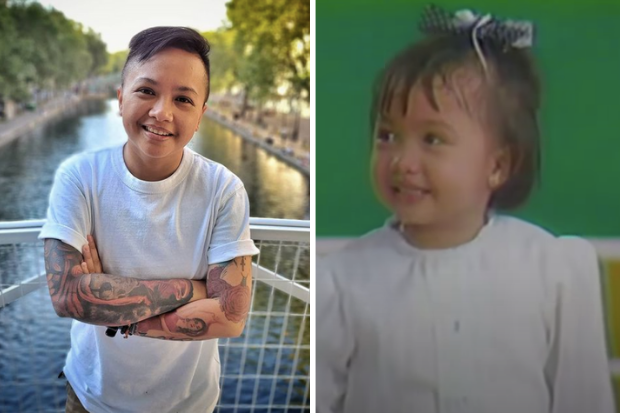 Ice Seguerra now (left) and as a child (right) in “Eat Bulaga” in 1988 (Images: Instagram/@iceseguerra, screengrab from YouTube/Eat Bulaga!)

Ice Seguerra has nothing but gratitude for GMA Network’s noontime variety show “Eat Bulaga” for helping him be the artist he is today.

Seguerra’s post aptly came with a vintage logo for “Eat Bulaga,” which has been on air since July 30, 1979. It remains the longest-running noontime variety show in the country.

(Thank you very much, “Eat Bulaga.” Whatever you saw in the small child that only had five strands of hair back then, I have no idea.)

(But you believed in what I have. Because of that, I am here now.)

Seguerra noted that while he is no longer a regular at “Eat Bulaga,” he is thankful that the show has continued to support him through the years.

“You have helped me and my family so much. You have supported my growth not just as an artist but as a person. For that, I am eternally grateful,” he stressed.

Seguerra, known as Aiza Seguerra back then, started out in the entertainment industry in 1987 by joining and eventually winning “Little Miss Philippines,” a pageant segment in “Eat Bulaga.”

For the anniversary celebration yesterday, “Eat Bulaga” hosts Tito Sotto, Vic Sotto and Joey de Leon reunited on stage after “500 days” of hosting from separate locations due to the COVID-19 pandemic.  /ra