Amanda Knox criticizes ‘Stillwater’ film for profiting off her story 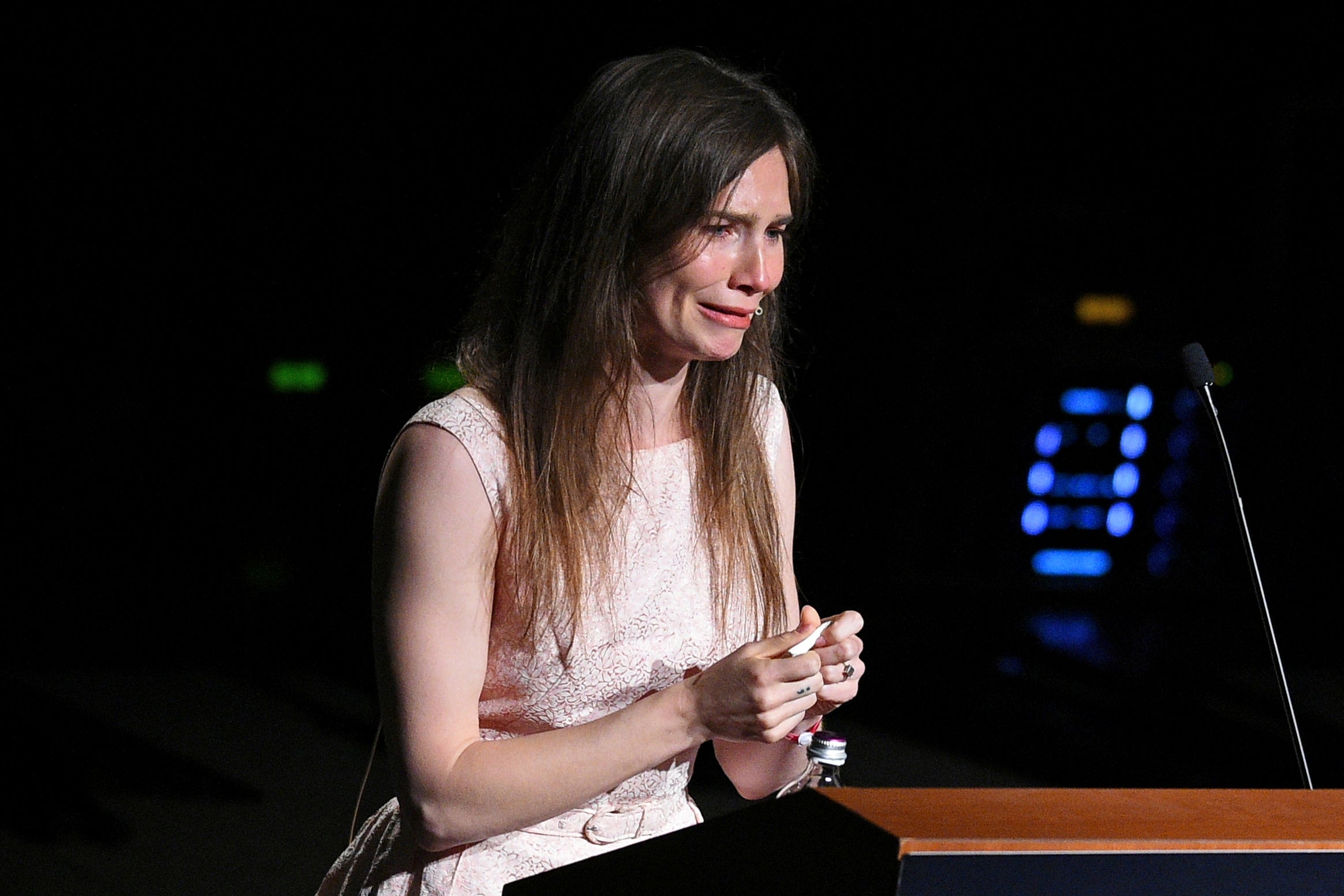 Amanda Knox, who has returned to Italy for the first time since being cleared of the murder of British student Meredith Kercher, cries as she speaks at the Criminal Justice Festival in Modena, Italy June 15, 2019. (REUTERS/File Photo)

LOS ANGELES  – Amanda Knox, the American woman who was tried and acquitted of murder in Italy more than a decade ago, has hit out at a Hollywood movie that she said seeks to profit off her name without her consent.

Knox, who spent four years in jail in Perugia, Italy, before being acquitted of the 2007 murder of her roommate, expressed her frustration as “Stillwater” opened in U.S. movie theaters this week.

Director Tom McCarthy has said the Amanda Knox case inspired the film about an American oil rig worker who travels to France to help his daughter who is in prison for a murder she says she didn’t commit.

“Does my name belong to me? My face? What about my life? My story? Why does my name refer to events I had no hand in? I return to these questions because others continue to profit off my name, face, & story without my consent. Most recently, the film #STILLWATER,” Knox wrote in a lengthy post on her Twitter account on Thursday.

The Stillwater filmmakers did not immediately respond to a request for comment.

Knox, now 34 and working as a criminal justice activist, said that the movie “reinforces an image of me as a guilty and untrustworthy person.”

“I have not been allowed to return to the relative anonymity I had before Perugia,” Knox said. “My only option is to sit idly by while others continue to distort my character, or fight to restore my good reputation that was wrongfully destroyed.”

She invited McCarthy and Damon to hear her point of view by appearing on her “Labyrinths” podcast, which deals with issues ranging from justice to her personal life.

Rudy Guede, a local man, was found guilty of the murder in Perugia and was sentenced to 16 years in prison.