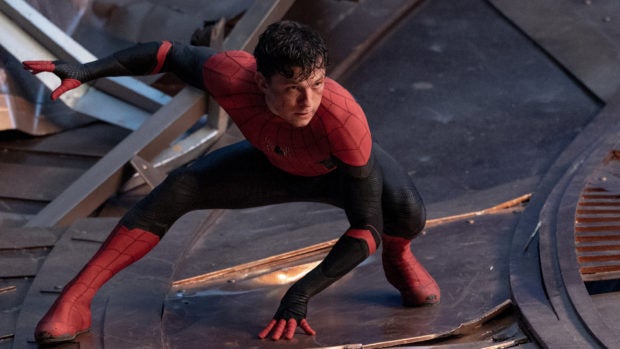 The Sony/Marvel superhero film, with Tom Holland as the popular web-slinger, took in an estimated $11 million for the Friday-through-Sunday period, industry watcher Exhibitor Relations reported. The movie has now led the domestic box office in six of its seven weekends out.

Its domestic total of $735.9 million places it fourth all-time, trailing “Star Wars: The Force Awakens” at $936.7 million, “Avengers: Endgame” at $858.4 million, and possibly now within its reach, “Avatar” at $760.5 million, according to Box Office Mojo, a division of the Internet Movie Database (IMDb).

Hanging steady in fourth was Universal’s Christian romance film “Redeeming Love,” at $1.9 million. It offers a parable of sin and salvation in an Old West setting: California’s 1849 Gold Rush.