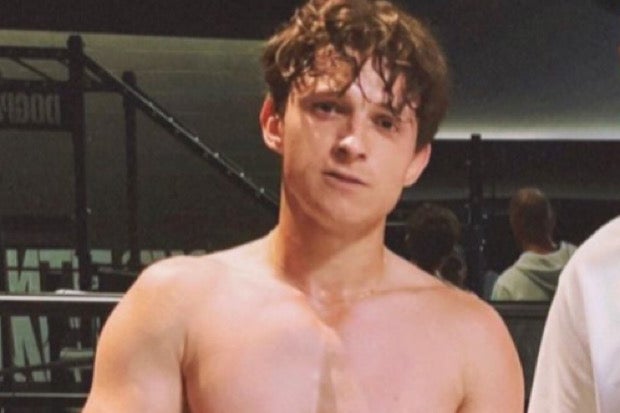 Spider-Man actor Tom Holland’s discipline in working out has been serving him well, as seen on his toned physique and defined muscles.

Holland’s training buddy, actor and entrepreneur Oliver Trevena, gave fans a glimpse of his gym session with the star, showing a post-workout shirtless Holland on his Instagram page on Monday, Jan. 17.

“Use extreme caution when training with a friend who is also a Marvel [superhero]. May cause post workout collapse,” Trevena joked.

Holland and Travena seemingly just finished their boxing training, as their hands were still covered in protective gear.  Trevena then teased the “Spider-Man” actor by using the hashtag #NowPutYourShirtBackOnSpiderman.

Fans, who were in awe of Holland’s physique, gushed over the British actor via the comments section.

“So you just decided to post this out of nowhere and thought we would be okay with it,” one @peterswebshooterz said.

Holland starred again as Peter Parker in “Spider-Man: No Way Home,” which became the first pandemic-era movie to cross $1 billion at the global box office. He will soon be portraying musical film legend Fred Astaire in an upcoming Sony biopic. JB

Tom Holland stands up for superhero films, says Scorsese doesn’t know what it’s like to make them