Tom Holland stands up for superhero films, says Scorsese doesn't know what it's like to make them | Inquirer Entertainment
Close
menu
search

Tom Holland stands up for superhero films, says Scorsese doesn’t know what it’s like to make them 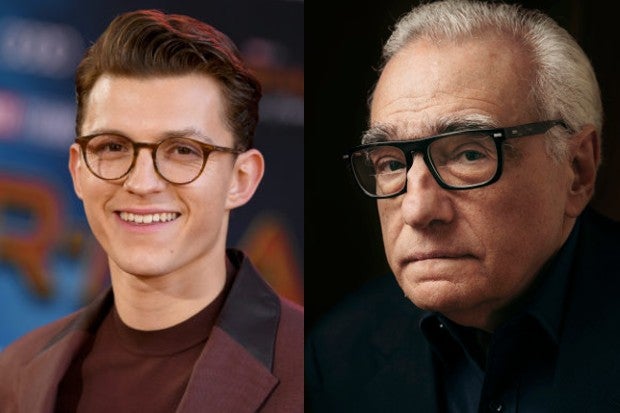 Tom Holland appears to have been defending Marvel movies from cinema icon Martin Scorsese’s comments back in 2019, when the director said that while superhero films are well-made, and that actors doing them are “doing the best they can under the circumstances,” the movies are more like “theme parks” than they are cinema.

“You can ask [Martin] Scorsese ‘Would you want to make a Marvel movie?’ But he doesn’t know what it’s like because he’s never made one,” Holland said in an exclusive interview with The Hollywood Reporter last Friday, Dec. 24. The interview was exploring the possibility of “Spider-Man: No Way Home” crossing over to Oscars recognition.

He then compared his experiences on the sets of Marvel and Oscar-nominated films, since he has starred in both.

“I’ve made Marvel movies and I’ve also made movies that have been in the conversation in the world of the Oscars, and the only difference, really, is one is much more expensive than the other,” Holland told the publication.

“But the way I break down the character, the way the director etches out the arc of the story and characters — it’s all the same, just done on a different scale,” he added. “So I do think they’re real art.”

Holland also explained that the scale of Marvel films is one of the few things that make them different from other movie productions. He added that superhero movies come with a different level of pressure, as audiences will watch them no matter what.

“When you’re making [superhero] films, you know that good or bad, millions of people will see them,” the 25-year-old further said. “Whereas when you’re making a small indie film, if it’s not very good no one will watch it, so it comes with different levels of pressure.”

Holland then testified on behalf of his seasoned Marvel costars—Benedict Cumberbatch, Robert Downey Jr. and Scarlett Johansson—saying that if you asked any of them, superhero films are made with the same efforts as Oscar-worthy ones. He joked that there’s just less use of Spandex in the former.

The latest movie of Holland’s Spider-Man franchise, “Spider-Man: No Way Home,” premiered earlier this month in the United States. Costarring Zendaya as MJ and Benedict Cumberbatch as Doctor Strange, it is the first pandemic-era movie to reach $1 billion in ticket sales all while receiving rave reviews from critics and audiences alike. Sam Mayoralgo/JB