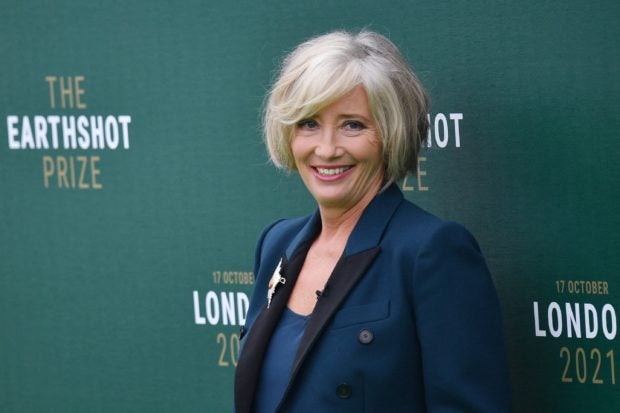 Emma Thompson’s naked scene in her new film about an older woman hiring a sex worker was “probably the hardest thing I’ve ever had to do,” she told the Sundance film festival Saturday.

The Oscar-winning actress, 62, stars in “Good Luck To You, Leo Grande” as a repressed former schoolteacher who pays a handsome male escort for the sexual adventures she regrets having shunned as a younger woman.

The actors and director rehearsed “entirely nude” and played games that involved discussing their bodies on the scaled-down set in order to build trust.

Still, “it’s very challenging to be nude at 62,” said Thompson.

“I don’t think I could’ve done it before the age that I am.” she told an online panel. “And yet, of course the age that I am makes it extremely challenging because we aren’t used to seeing untreated bodies on the screen.”

In addition to sexual scenes with Daryl McCormack, 29, Thompson’s character disrobes before a mirror and looks at her body “in a completely relaxed, un-judgmental way.”

“I have never done that… She doesn’t alter herself, lift herself up, suck her stomach in, turn around or try to alter what she sees,” said Thompson.

Despite trusting the filmmakers, Thompson said she “still found it fantastically hard to do.”

“Probably the hardest thing I’ve ever had to do really — and that’s interesting in itself.”

“That tells the whole story of my life as a woman surrounded by impossible demands and images of bodies,” she said. “That’s the great tragedy of the female body in the 20th and 21st centuries. And it’s a narrative that we absolutely have to change.”

It focusses on the gulf between Bill Cosby’s decades-long status as “America’s dad” and long-simmering allegations of serial sexual assault.

Cosby was found guilty of drugging and sexually assaulting a woman, but his conviction was overturned on a technicality last year and he is currently free.

The series, described by The Hollywood Reporter as a “provocative and important” attempt to spark conversation about the scandal, airs on American network Showtime from Jan. 30.

Also premiering at Sundance on Saturday was “Sharp Stick,” the first new film in over a decade from “Girls” creator Lena Dunham.