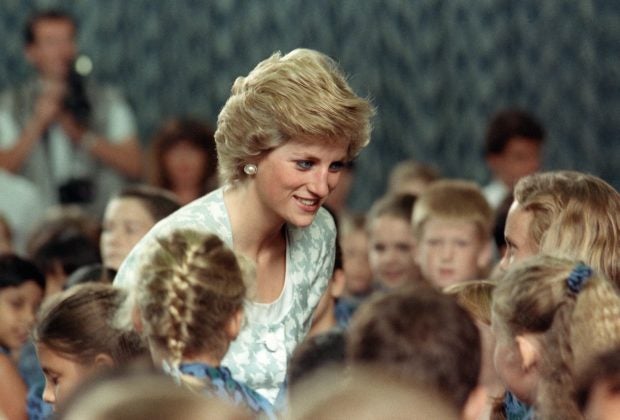 Princess of Wales Diana chats with children, on Nov. 6, 1989, during her visit to the British international school in Jakarta. Image: AFP/Kraipit Phanvut

An “immersive” Princess Diana documentary offering an “origin story” for the British royal family’s latest woes was among the opening night movies at the online Sundance film festival Thursday.

Sundance, which celebrates independent cinema, was forced to go virtual for a second year running by the Omicron variant of COVID-19’s surge across the United States.

The pandemic has forced filmmakers to innovate, and “The Princess” is one of several Sundance movies constructed entirely from archive footage.

Without a narrator, it transports viewers back to Diana’s tumultuous marriage to Prince Charles, and explores an obsessed media and public’s impact on those events via contemporaneous footage.

“It is a kind of Shakespearean tragedy, but it’s one that lots of us lived through, and actually actively participated in,” said director Ed Perkins.

While many previous documentaries tried to “get inside Diana’s head,” Perkins focuses on how the press and public perceived and judged her behavior.

Well-known awkward interviews given by the couple to major broadcasters sit alongside rough footage of bored paparazzi with long lenses crouching in bushes, complaining among themselves about Diana’s wariness.

Diana’s death is seen via home-video footage of a group of friends watching live TV news reports, whose initial excitement and light-heartedness turns to horror as the seriousness of the Paris car crash becomes clear.

Acknowledging that countless documentaries have been made about Diana, Perkins said he hoped the film could “add something new to the conversation” by creating something “more immersive and experiential.”

The film “tried to live in the contemporaneous archive from the time, and allow it to unfold in a ‘present-tense’ unfolding.”

It comes as the monarchy has been rocked by the departure of Prince Harry and his wife Meghan, who accused the family of racism and fought legal battles with the British press over privacy.

“Part of the intention of this film, or the reason why it felt like the timing was right to make it, was perhaps, among other things, because of their story,” said producer Simon Chinn.

“Our instinct was… to go back in a sense of what we’ve always thought of as the ‘origin story,’ and see what we could learn about what has happened subsequently through the story of Diana.”

Earlier in the evening, festival director Tabitha Jackson told journalists it was likely the online component of Sundance would remain permanently, beyond the pandemic, as it helped to “diversify the audiences for this work.”

“Once we discovered how to do that, and that we could do that, I personally don’t want to go back on that,” she said.

Opening the festival, co-founder Robert Redford described the virtual platform as “an exciting evolution of the Sundance vision.”

His pre-recorded message, intended to play in a virtual reality “spaceship” theater before a screening, suffered from a technical glitch and was later posted to the festival’s website.

Among other opening night film was “Fire of Love,” another archive-based documentary about a doomed couple that follows the exploits of French volcanologists Katia and Maurice Krafft.

The intrepid pair lost their lives during a 1991 explosion on Japan’s Mount Unzen, and the movie unearths footage they made, combining spectacular volcanic eruptions with their unique relationship.

The film follows a dysfunctional Midwestern family and the clashes between a mother, who runs a women’s shelter, and a teenage son more interested in chasing internet fame via his budding music career.