Robbie Williams parting with his Banksy art going up for auction 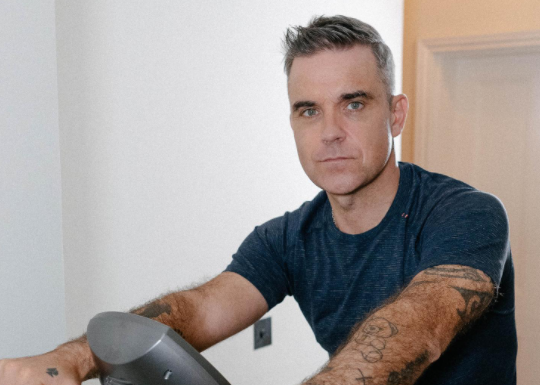 “Everything Changes,” Robbie Williams sang with his Take That bandmates, and it seems to be the case for the star’s art collection. Sotheby’s will soon auction off three works by Banksy belonging to the British singer. They could fetch more than 10 million pounds.

Robbie Williams bought the works directly from Banksy shortly after their creation in the early 2000s, according to the Financial Times. At that time, the street artist’s works weren’t going for staggering sums at auctions. However, they appealed to the multi-platinum “Angels” performer because they combined three things he loves: “hip-hop culture, naughtiness and comedy,” as he explained to the British newspaper.

“Girl With Balloon” is one of the three works up for sale at Sotheby’s. It is an earlier version of the one that partially self-destructed in 2018, just after being auctioned for around $1.4 million at Sotheby’s in London. It is estimated to fetch between  £2 million and £3 million.

Art lovers can also try to bid on “Kissing Coppers” and “Vandalised Oils (Choppers),” which are reproductions of graffiti that Banksy made in 2005. They could be sold for between  £2.5 million and £3.5 million (between $3.4 million and $4.75 million). 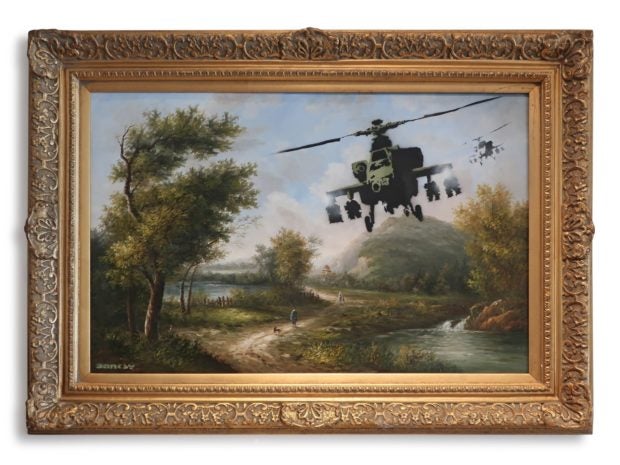 “Vandalised Oil (Choppers)” is one of the Banksy paintings that Robbie Williams is offering for sale at Sotheby’s. Image: Sotheby’s via ETX Daily Up

These three paintings will go under the hammer on March 2, during Sotheby’s “The Now” London evening sale. This is the first time that Robbie Williams has parted with several pieces from his personal art collection. According to him, the ones going up for sale at Sotheby’s are some of Banksy’s best creations.

“I love how closely linked they are to the street pieces,” he told The Evening Standard. “As a collector of Banksy’s work, you become part of a broader cultural movement.”

Banksy’s stock has been rising steadily over the past few years, with his works reaching new heights at auction. The proof is “Love Is in the Bin,” which was sold for a record £18.6 million (about $22.3 million) last October at Sotheby’s in London.

The painting shows a little girl releasing a red heart-shaped balloon. But uniquely its lower half was partially cut into thin strips by a paper shredder hidden in its frame, during an auction on Oct. 11, 2018. This event caused a sensation in the art world, while strengthening the Banksy legend. JB

Placido Domingo breaks silence over misconduct accusations, says he harassed no one