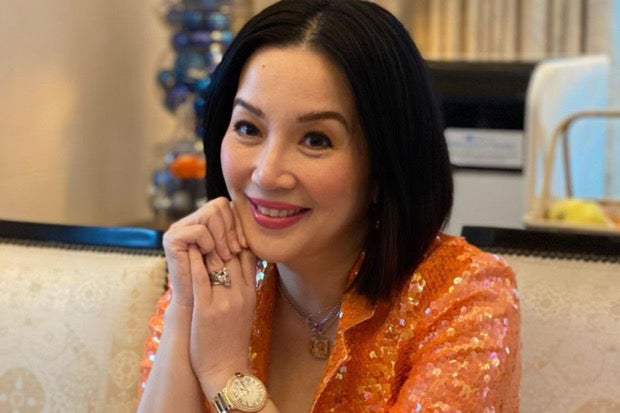 Kris Aquino spoke up about rumors of her supposed possible reconciliation with ex-fiancé Mel Sarmiento, stressing that people should already “move on” from the past.

Aquino addressed the issue by answering a post from columnist Lolit Solis, as per the latter’s Instagram page yesterday, Jan. 23. Solis talked about the “signs” that Aquino and Sarmiento are back together, and how “love is lovelier the second time around.”

“No nay… hindi kami nag balikan (No, mother. We did not get back together). I just felt PEACE in [me] — finally… kaya (so) the past no longer felt like something I needed to erase,” she said.

Aquino recounted how Sarmiento left her when she was at her lowest. She also told Solis how she finally got the answers she’s been praying for, after talking to her ex-fiancé over FaceTime a few days ago.

“Basing it on that final conversation it became clear to me what his true feelings for me had been and how little respect [I] had left for him,” she stated. “Let’s not involve my sons, because [Mel] failed to have the common decency to acknowledge that he hurt [Bimby] and never once checked on how my son was taking all of this.”

The Queen of All Media disclosed how one of her sisters tried to communicate with Sarmiento, but got “snubbed.” Aquino also stressed how he “fabricated” stories of his “closeness” with her brother, late President Benigno S. Aquino III. She then dismissed the speculations on their reconciliation, calling for the public to move on from the issue.

“And siguro yung final straw for me was the fact kinaya [niyang mag-imbento] ng napakaraming kwento bilang ‘patunay’ na close talaga sila ni Noy,” she said. “[I] feel [over-acting] ‘yung ginawang panggamit sa nananahimik [nang] patay — kaya it was a relationship na ‘yung entire premise, what led to the closeness was my brother Noy – and because of what I had perceived to be their closeness.”

(Maybe the final straw for me was the fact that he even fabricated many stories as “proof” of his closeness with Noy. I feel like what he did was overacting on the way he disrespected the dead — that’s why the entire premise of the relationship, what led to the closeness was my brother Noy — and because of what I had perceived to be their closeness.)

(So why would I get back with the person who I don’t trust anymore, and who I know now have not loved me, but just used me? The end, mother. Move on already.) 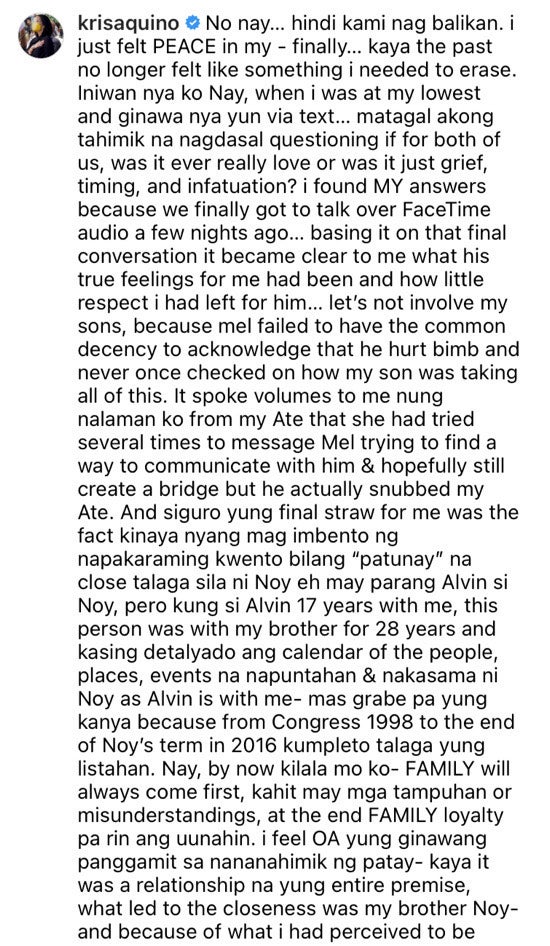 Aquino confirmed her split with Sarmiento on Jan. 3. She showed photos of her conversation with Sarmiento, accepting her offer to let him go, through her Instagram page. Aquino also recently commented to a fan alluding to her past relationship, with her reply to the fan being “It’s not my loss.” JB