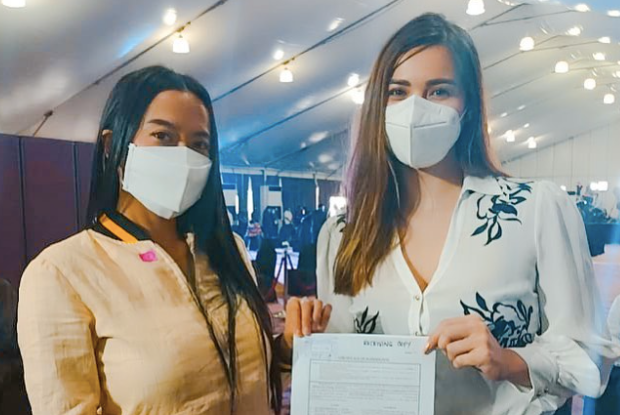 Pro-administration blogger Mocha Uson and beauty queen-athlete Michele Gumabao are being slammed anew for running as representatives of Mothers for Change Party-list (MOCHA Party-list) despite not being mothers.

This comes after Gumabao defended her decision to run under the said party-list in an interview with One News PH, as seen on News 5’s YouTube channel yesterday, Jan. 19. While acknowledging the criticism that she and Uson do not have children of their own, Gumabao asserted that there are many definitions of the word “mother.”

“When we say ‘Mothers for Change,’ if you translate it to Tagalog, it says ‘Ina ng Pagbabago,'” she said. “Hindi lang naman po ang [pagiging] ina ay nangahulugang nanganak o nagkaroon ng anak (Being a mother does not only mean one gave birth or has kids). There are other meanings or definitions of the word mother.”

She then pointed out that nuns, members of the LGBTQ+ community and single fathers can also be considered mothers in some way.

Gumabao’s assertion was criticized by netizens on Twitter, with one @1garymanalo questioning the decision of the Commission on Elections (COMELEC) to approve MOCHA Party-list in the 2022 polls. He also accused Uson and Gumabao of “sectoral misappropriation.”

“So, it’s true, it is sectoral misappropriation. Why @COMELEC?” he asked.

So, it's true, it is sectoral misappropriation. Why @COMELEC ?

Another netizen, @MiaMagdalena, meanwhile, appeared to be confused about what the pair meant by their definition of motherhood.

“Michele Gumabao admits she and Mocha Uson are not mothers, but explains that their party-list ‘Mothers for Change’ is beyond the definition of motherhood,” she said. “If they aren’t mothers, what are they?”

Michele Gumabao admits she and Mocha Uson are not mothers, but explains that their party-list "Mothers for Change" is beyond the definition of motherhood.

If they aren’t mothers, what are they?

Meanwhile, one @ahandmaidstale, opted to correct Gumabao’s translation of the party-list’s name and expressed doubt on whether Uson and Gumabao could make “decent laws.”

Partylist title palang may clarification na mali na, so how do you expect these shungas make decent laws for the people they "represent"?

This is not the first time Gumabao defended her decision to run as the second representative of MOCHA Party-list. Back in October 2021, she admitted that she “shared the sentiment of the general public” when she first met Uson, but they have since worked together on their advocacies for all women.

MOCHA Party-list was granted accreditation by COMELEC to join the May 2022 elections last Jan. 12.

Uson, the party-list’s first nominee, appeared before the National Bureau of Investigation in 2020 for posting misleading information about the government’s COVID-19 response. Ironically, Gumabao advocated against disinformation when she was crowned Binibining Pilipinas Globe 2018.  /ra