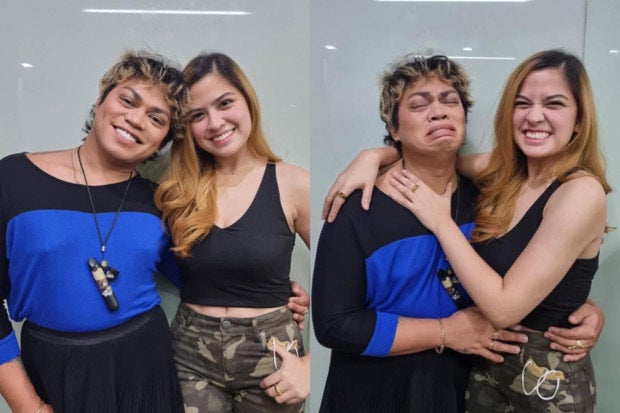 Brenda Mage gave fans a glimpse of his recent reunion with Alexa Ilacad and the rest of his “Pinoy Big Brother” celebrity housemates, sharing moments of seeming reconciliation with them.

Ilacad, who previously expressed her disappointment over Mage’s attitude, jokingly choked the comedian while posing for a photo with Mage, as seen on Mage’s Facebook page on Sunday, Jan. 11. Mage, for his part, showed a sad face while Ilacad did the act.

The viral photo has since garnered varied reactions and comments from fans, with some expressing joy over the seeming reconciliation of the two, while some remained skeptic. It now has 25,000 Facebook reactions, as of writing.

Eian Rances also posed with Ilacad and Mage, where Mage showed a poker face while the two were smiling. It was last October when Mage was criticized by netizens for sexual harassment, after asking alleged inappropriate questions to then-PBB housemate Rances.

Though he did not name anyone in particular, Mage recently apologized to those he hurt during his stint in the reality TV show. JB

Alexa Ilacad on end of PBB journey: ‘I have won the hearts of the taong bayan’