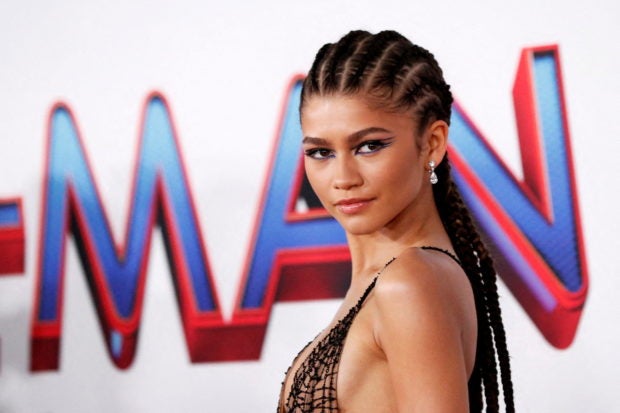 LOS ANGELES — Jessica Chastain, Penelope Cruz, Lupita Nyong’o and the cast of Universal’s globe-trotting espionage thriller “The 355” were no match for “Spider-Man: No Way Home,” which dominated at the box office in its fourth weekend.

The latest Spidey adventure, starring Tom Holland as the title web-slinger, collected a leading $33 million from 4,108 theaters between Friday and Sunday, boosting its domestic tally to $668 million.

After this weekend’s haul, “Spider-Man: No Way Home” stands as the sixth-highest grossing movie in history at the domestic box office, surpassing “Titanic” ($659 million) and “Jurassic World” ($652 million).

At this rate, it’ll soon take the no. 5 spot, which currently belongs to “Avengers: Infinity War” ($678 million).

It’s no small feat that “Spider-Man: No Way Home” generated $30 million in a single weekend this far into its theatrical run. In pandemic times, most movies would be lucky to sell that many tickets in their opening weekend, much less after playing in theaters for nearly a month, all while a highly contagious COVID-19 variant continues to rapidly spread.

But, as this weekend illustrates, audiences aren’t willing to leave the house and visit their local multiplex for just any movie.

Universal’s star-studded action spy film “The 355” had to learn that the hard way. The film managed to fall short of already low expectations, generating a dismal $4.8 million from 3,145 North American venues over the weekend.

The bad news? It’s unlikely to rebound in its theatrical run since “The 355” has garnered mostly negative reviews (it holds a bleak 27% on Rotten Tomatoes).

The good news? The film, which cost $40 million to produce, will likely move to digital rental platforms in 17 days, and it will play on the streaming service Peacock in 45 days, which could attempt to mitigate theatrical losses.

Directed by Simon Kinberg and co-starring Diane Kruger and Fan Bingbing, “The 355” follows international spies who form an unlikely team in order to put an end to potentially world-ending events.

In Variety‘s review, chief film critic Owen Gleiberman called it “generic, over-the-top, and 20 minutes too long, kind of like a Netflix movie.” Moviegoers were kinder, awarding the film a “B+” CinemaScore.

“The 355” landed in third place on domestic box office charts, ranking behind “Sing 2,” which opened in theaters around Christmas.

The animated musical comedy, also from Universal Pictures, added $11.9 million from 3,713 cinemas over the weekend, pushing its North American total to $100 million. It’s the first animated film to cross the $100 million mark since Disney’s “Frozen II” in 2019.

That’s a notable achievement at a time when parents haven’t been taking their young kids to the movies, though box office analysts remain concerned about the sluggish return of family audiences.

In 2019, animated films generated more money than any other genre, thanks to family friendly hits like “The Lion King” ($543 million), “Toy Story 4” ($434 million), “Frozen II” ($430 million), and “Aladdin” ($335 million). There hasn’t been a single pandemic-era film geared toward kids that has been able to come close to reaching similar heights.

So it has been worrying to film operators that Disney has already nixed plans to release Pixar’s “Turning Red” in theaters. Instead, it will debut on Disney Plus in March.

“The industry needs the family audience back in force for a sustained recovery,” says David A. Gross, who runs the movie consulting firm Franchise Entertainment Research.

In fourth place, Disney and 20th Century’s “The King’s Man” brought in $3.3 million from 3,040 venues. So far, the prequel in “The Kingsman” action franchise has made $25 million at the domestic box office and $49 million internationally. GSG/JB