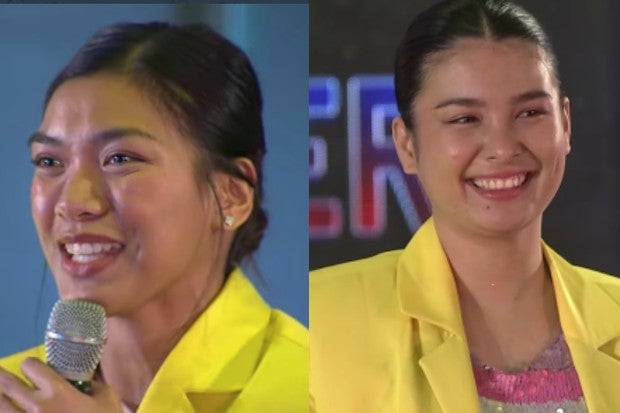 The two are now officially part of Kumunity Season’s eventual final six, which will be joined in by other top two winners from said season’s Adult and Teen batches. Valdez and Salvacion will be going back to the Big Brother house once the four more Adult and Teen winners are hailed, as per Pinoy Big Brother’s Twitter page, also yesterday.

Valdez and Salvacion were welcomed into the outside world by hosts Toni Gonzaga, Melai Cantiveros, Robi Domingo, Bianca Gonzalez and Enchong Dee after being hailed as the top 2 winners on New Year’s Day.

Their loved ones, particularly Valdez’s mother and Salvacion’s uncle, were present in the event via video call, also on last night’s episode.

“It’s not just about winning that’s made us proud of you, but the totality of your character, confidence, that you have brought sa bahay ni Kuya (Pinoy Big Brother house),” Valdez’s mother stated.  “We love you always and see you soon.”

Salvacion’s uncle also congratulated his family member for winning the show and reminded her why she ended up winning.

“Anji, we are happy and proud of you and what you have achieved. Tandaan mo ‘to: you are in that position right now because you won the [hearts] of the taong bayan,” he said to Salvacion, who was in tears.

(Remember this: you are in that position right now because you won the [hearts] of the people.)

Ten new housemates — this time under the adults category — also entered the house in last night’s episode. Valdez and Salvacion gave them their first task, which was for all of them to go on a balance board and stay on it for 10 seconds. JB