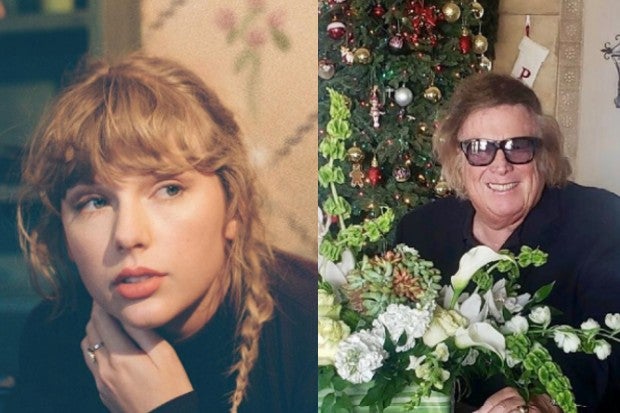 Don McLean is open to a collaboration with Taylor Swift, who broke his record for the longest song recently. For some 50 years, McLean held the No. 1 spot on the Billboard charts for his eight-minute and 42-second “American Pie.”

The singer believes that if the circumstances are right, working with Swift is a possibility he is willing to explore in the future, he revealed in an exclusive interview with People yesterday, Dec. 28.

“Anything is possible, if it’s done the right way,” the 76-year-old singer said of a collaboration with Swift, who dethroned McLean with her 10-minute and 13-second song “All Too Well,” which is longer than “American Pie” by one minute and 34 seconds.

McLean then continued to praise Swift and her work ethic, including her successful concert tours.

“Taylor takes the whole new form of entertainment to the peak by making these phenomenal videos and records and doing these massive tours that are successful, and so on and so forth,” McLean told the publication.

He was also encouraging of younger musicians getting into the music industry, citing Swift and her frequent collaborator Ed Sheeran as examples.

“It’s really good for young people who want to get into this business. You can make it as a singer with a guitar if you figure out what Ed did. And you can make it as a major rock and roll force of nature, which is what I call Taylor Swift, if you want to do that,” the Grammy-nominated songwriter stated.

Earlier, McLean saluted Swift after Billboard announced she had broken his record. He praised her then, saying that he was glad to lose it to the pop star.

“American Pie” held on to the coveted record for half a century. McLean received a star on the Hollywood Walk of Fame on the song’s 50th anniversary. Sam Mayoralgo /ra