Dingdong on making mistakes: I’ve made wrong choices in the past, but . . . | Inquirer Entertainment
Close
menu
search

Dingdong on making mistakes: I’ve made wrong choices in the past, but . . .

Dantes in “A Hard Day”

It’s been three years since we last spoke to Dingdong Dantes who, at the time, was promoting GMA 7’s action-drama series “Cain at Abel” with Dennis Trillo. But while Dong has always been as quick on his feet at answering any question thrown his way, we’ve never really seen the actor as relaxed as he was last Saturday.

Dong was virtually shooting the breeze with us while his wife, Marian Rivera, was nearby, watching an episode of the K-drama series “Hometown Cha-Cha-Cha.” The couple was on their last few days of the mandatory quarantine requirement after coming home from their trip to Israel for this year’s Miss Universe pageant where Marian was a judge.

In high spirits, Dong even ribbed us about the “dancing” aurora borealis we used as our virtual background on Zoom.

“Maybe you can take us with you there…? Beke nemen,” he quipped, laughing good-naturedly.

In past interviews, Dingdong has always maintained a measure of formality, even when talking about issues close to his heart. At other times, we would notice a sense of “subtle” disinclination from him when the topic at hand becomes a wee bit tepid for his taste or temperament.

But years after we last saw him, this much we noticed: The pandemic has somewhat demystified the protective family man who, by way of social media, has been allowing his loyal fans glimpses of this private person lurking behind his larger-than-life career as a movie star.

Letters to his children

In fact, during lonely lulls at his lock-in shoots, Dong would sometimes post heart-tugging letters on Instagram addressed to his two gorgeous kids—6-year-old Zia and 2-year-old Sixto—who he has to occasionally leave in the care of their doting mother while he honors his commitments.

“For me, those posts are a way of coping [when I can’t be with my family],” Dong explained. “What the public sees merely captures a millisecond of the truth—it isn’t the entire picture [of any given moment]. But at the same time, it shows how you can utilize social media in a good way.

“Dito nagagamit ang internet nang tama, especially for people who are going through something. When I miss my children, the letters I write to them are a reminder to myself that this was what I was feeling at that point in my life.

“It’s also intended to remind my kids when they’re all grown up what I was feeling without them: Was it raining? Was it cold? Was I lonely? It shows a glimpse of what’s happening inside my mind.”

It’s insights into human nature like those that enable Dong to dig deep under the surface of his most memorable characters on the big screen—from 2011’s “Segunda Mano” and 2012’s “One More Try,” which gave him his two consecutive best actor awards from the Metro Manila Film Festival (MMFF), to his indelible turns in 2017’s “Seven Sundays” and 2018’s “Sid & Aya: Not a Love Story,” arguably Dong’s finest portrayals to date.

Dingdong’s latest role in “A Hard Day” promises to be another memorable one. In Lawrence Fajardo’s MMFF entry, which is Viva’s buzzed-about local adaptation of the 2014 action thriller by director Kim Seong-hun (“Tunnel,” “Kingdom”), Dong portrays police detective Edmund Villon, who’s having a very bad day: In a nutshell, Edmund hides the body of the man he accidentally kills inside the coffin of his newly deceased mother!

“[Viva exec] Tita June Rufino asked me to watch the Korean original and asked me to tell her what I think of the movie,” Dong recalled. “So, during a long flight somewhere, that’s what I did. I wasn’t just impressed by the way the storyline played out clearly; I was also genuinely entertained by it.

“When I told Tita June how much I liked it, she broached the idea of Viva doing a local remake of the film—with me in the lead. So, I said, ‘Why not? Is that an offer?’ And after going through so many challenges, literally and figuratively, here we are—as part of the MMFF!” 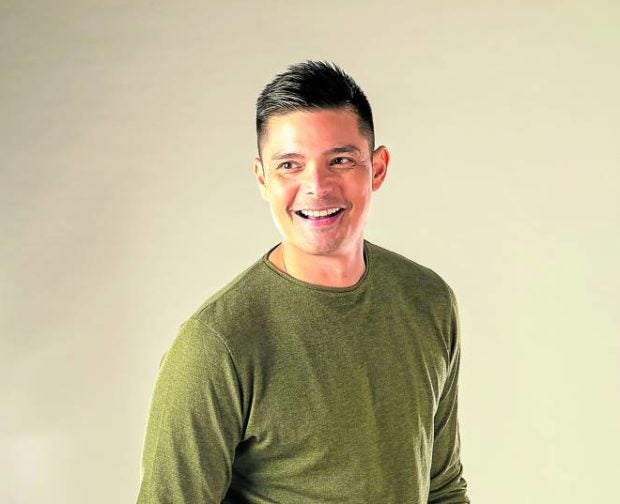 Our Q&A with Dingdong:

What adjustments did the production make for the film’s Filipino version?

I’m not privy to the terms and conditions of its content owner, so I don’t know what we were and weren’t allowed to do. It’s hard to detect any difference when you watch the film and read our screenplay. But the essence of the story remains the core of it. The characters are intact, though … probably even the sequencing.

One thing I can guarantee is that it is very Filipino in terms of interpretation. While we appreciate the framework of the Koreans’ existing story, we had to embrace it and make it our own. That was where Pinoy artistry kicked in—we had to make it culturally appropriate. Add to that the interpretation of our director and great actors like John Arcilla (who plays Edmund’s “nemesis”).

So, you went toe to toe with John?

I call him Heneral (laughs). I’m just grateful to have been given the chance to work with him—and, wow, what an experience that was! I consider myself a work in progress. Working with him [before the pandemic] added so many elements to my artistry. So, even if John wasn’t consciously [giving me pointers], I was learning so much from him because he’s not just a generous coactor but also a generous human being.

Is winning awards important to you?

It’s more of a reminder about our need to constantly evolve as artists. The pursuit is clearly not for the trophy itself, but the desire to tell compelling stories that entertain, inspire and uplift. It tells you never to lose the passion to chase your goals because, if you do your job right, you just might get recognized for it.

But just because you weren’t recognized doesn’t mean you didn’t do it well. After all, recognition is just one manifestation of a reward. There are many ways to let someone feel that he’s doing the right thing. In my case, I can take any feedback, whether good or bad—all is good.

There’s nothing better than doing something you know you can be proud of. So that when my kids grow up and they ask me what kind of movies I’ve done, I’ll have something to show them. Award or no award, I just want to be proud of my work.

In what way did you relate to your character Edmund Villon?

Edmund is a detective who gets enmeshed in a corrupt scheme. He isn’t a perfect cop, but what happens to him can happen to anybody. At some point, you’ll find yourself in a situation wherein your values will be compromised, and you’ll end up making the wrong choice.

Should that define who you are as a person? No. If you do it once, that doesn’t make you a bad person. But if you keep making the same mistake, then perhaps you are!

That’s the kind of situation Edmund faces in the movie. I admit, I have also made some wrong choices in the past, but what’s important is that you learn from them and how you make up for your lapse in judgment. In the movie, it gets even more interesting when John’s character enters the picture and makes the “dynamics” more eventful.

It’s up to viewers to see what they can take away from the movie. But if your set of values is clear to you, even when you make mistakes, you can make amends for them because you know what your real intentions are. If you’re a good person, nothing can change that—and certainly not one mistake you’ve made.

How do you deal with bad days?

I go back to basics. I do the simple things that make me happy (laughs) … whether by having a glass of beer or talking to my wife or working on coloring books with my daughter, which always brings me joy.

What have you realized about yourself during the country’s series of long lockdowns?

I realized how lucky I am … with the life I chose and the people I spend it with. You find yourself talking about issues you used to dodge. It also made me realize how grateful I am for the opportunity to work as an actor and for the precious time I got to spend with my loved ones.

Before the pandemic, this wasn’t something I could do because I was used to working nonstop for 20 years … matagal na ang tatlong araw na nakapirmi ako sa bahay. Suddenly, I had all the time in the world. Yes, there are good and bad things about it, but it’s up to you to make productive use of what’s given to you.

What did you think of Beatrice Luigi Gomez’s performance as our Miss Universe bet in Israel?

More than the walk and how beautiful she was, I must say that her answer [regarding the vaccine mandate] demonstrated courage. It showed how brave she was to talk about where she stood over a difficult issue on the global stage she was on.

For me, what Bea did was valuable because it sparked much-needed conversations about it. That in itself made her truly deserving of her slot in the Top 5!