Daniel Craig on giving up his ‘license to thrill:’ It’s time to move on | Inquirer Entertainment
Close
menu
search

Daniel Craig on giving up his ‘license to thrill:’ It’s time to move on 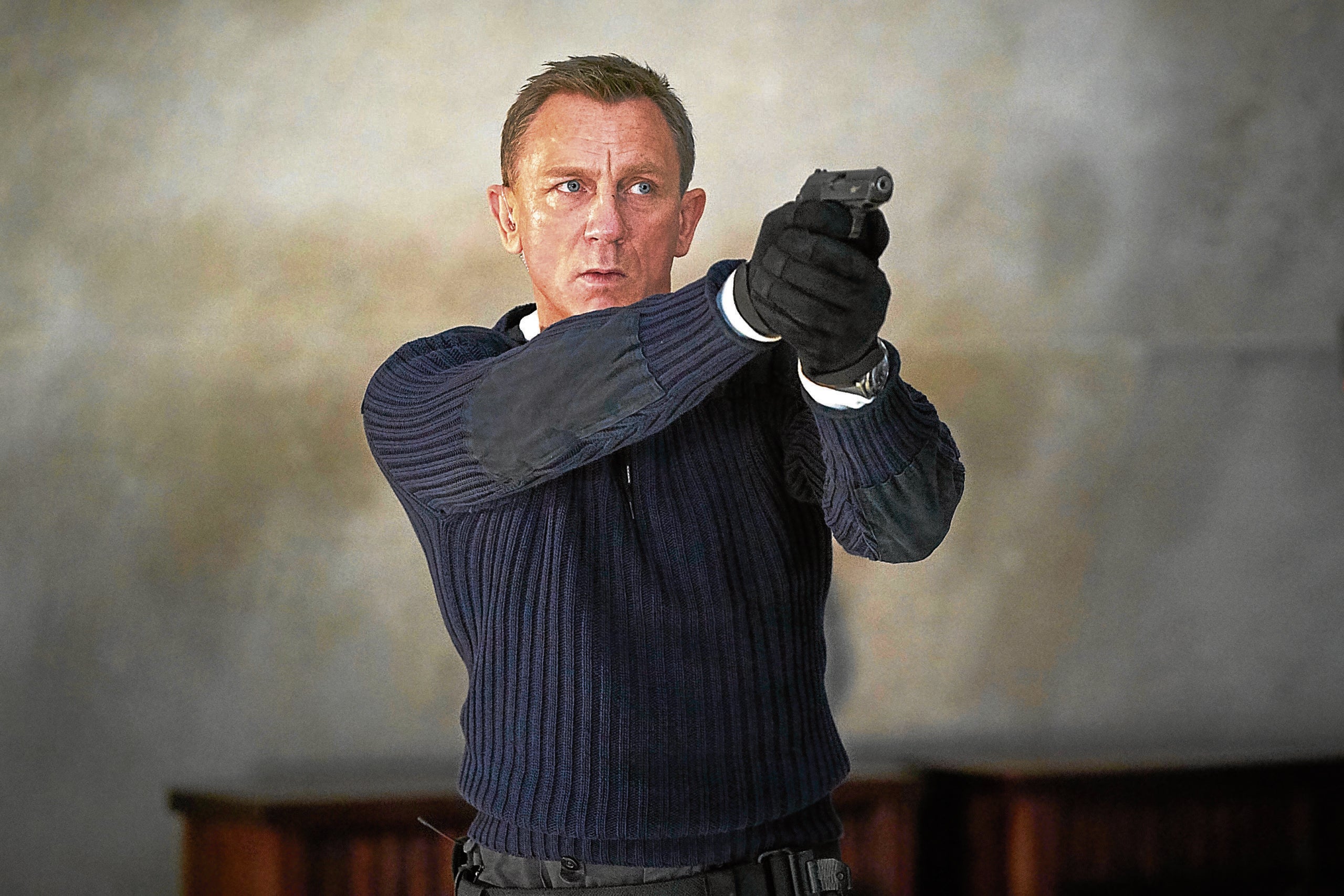 But watching “No Time to Die” has effortlessly left us, well, “shaken and stirred.”

You’ll realize how far Daniel and directors Cary Joji Fukunaga, Marc Forster, Martin Campbell and Sam Mendes were able to successfully contemporize and reinvigorate a character first introduced to moviegoers 58 years ago (in 1963’s “Dr. No”) soon after you sit through the new production’s 24-minute, edge-of-your-seat opening act—which is as emotionally charged as it is action-packed. How’s that for merging action and drama as if they were hand and glove?

The 25th film in the franchise, which launches in Philippine cinemas on Wednesday with an 84-percent fresh rating on Rotten Tomatoes, sees Bond turning his back on a tranquil domestic life with Dr. Madeleine Swann (Léa Seydoux, exceptional as always) in Jamaica five years after retiring from the spy business. His latest mission: Follow the deadly trail of a mysterious villain armed with dangerous new technology. 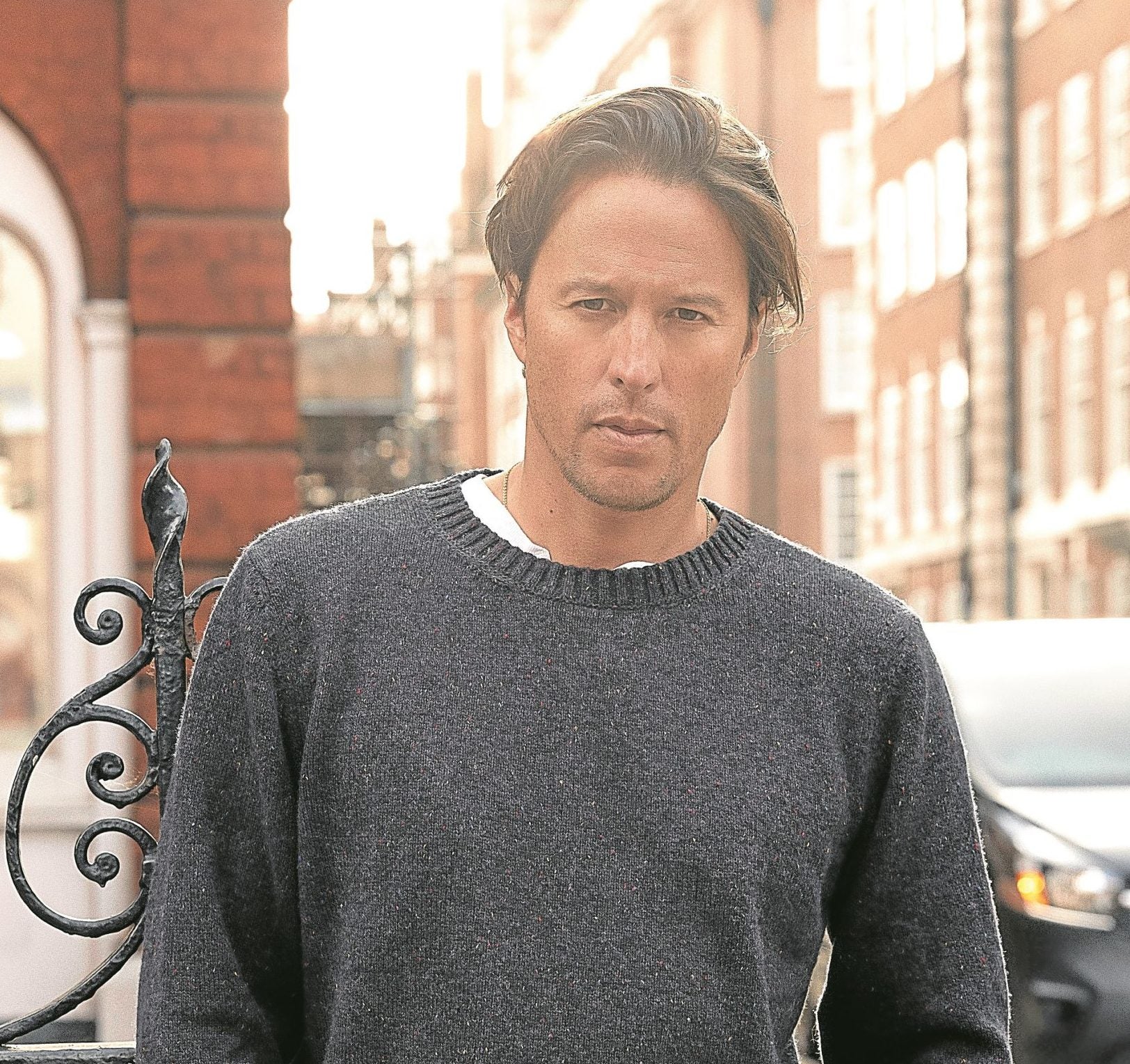 This time around, however, Bond is as humanly vulnerable as he’s ever been, making disastrous assumptions about even the people he loves and letting his suspicions get the better of him. Suddenly, the spy game seems like new territory to the once-seasoned sleuth—and even the 007 number has already been assigned to a woman that is as skilled and swift as he used to be!

Like Bond, can Daniel be coaxed into making another go at the iconic character that has catapulted him to superstardom?

“Well, I’m going to rule out the possibility of playing James Bond again,” Daniel said during a recent roundtable discussion that Inquirer Entertainment attended. “I’ve done five Bond movies, and I’ve had an amazing experience. But it’s time to move on.”

For his part, Cary understands the clamor from fans of the franchise to see more of Daniel in the role—with good reason.

“During the writing process, you know that what Daniel brought to the character was so different from what had been done prior to his interpretation of it,” the 44-year-old director (“Beasts of No Nation,” “True Detective”) said. “So, just trying to get into the head of that character is very tricky because we dispense with a lot of the one-liners the character is famous for.

“At a certain point, it’s like you almost don’t know what to say—so, in that sense, it’s a very hard character to write. Then, I had to get into Daniel’s head to write these things because he knows this character so well, inside and out. So, our meetings to hammer out the story was like a Masterclass on James Bond.” 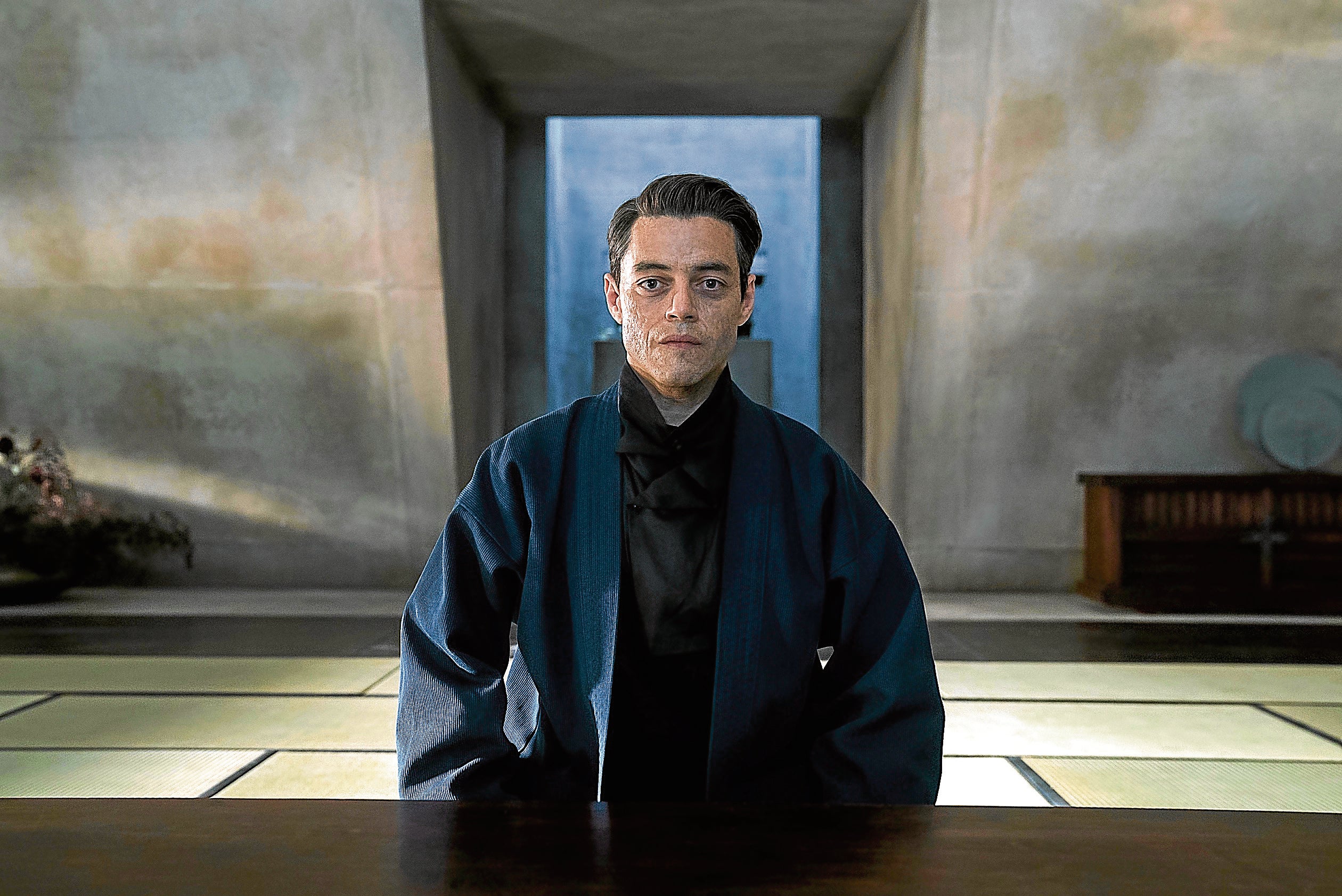 Daniel’s eyes lit up when we told him that we were already a huge fan of his four years before he inherited James Bond’s suit and gadgets from Pierce Brosnan. In fact, we were as blown away by his and Michael Gambon’s performances in “A Number,” Caryl Churchill’s play about cloning, at the National Theater in London in 2002 as we were by Roger Michell’s steamy May-December 2003 screen drama “The Mother.”

It’s challenging roles like those that Daniel wants to essay after he gives up his “license to thrill.”

“After I’m done with this role, I’m going to continue working—I hope I have a little bit of a career left (laughs). It’s going to be very different for me because these movies have taken up a good part of my life … for 15 years! “But I’m very happy about the decision to give it up because I want to do other things. I can’t imagine what retirement would look like. Maybe I’ll have to give up acting one day, but I want to keep going as long as I possibly can.”

Asked what his best and worst days were as the celebrated M16 agent, the 53-year-old actor mused, “There were so many great days on every James Bond movie that I genuinely don’t ever think about the bad days. There are so many pluses that it’s difficult to think about the hard bits and the tough days.” 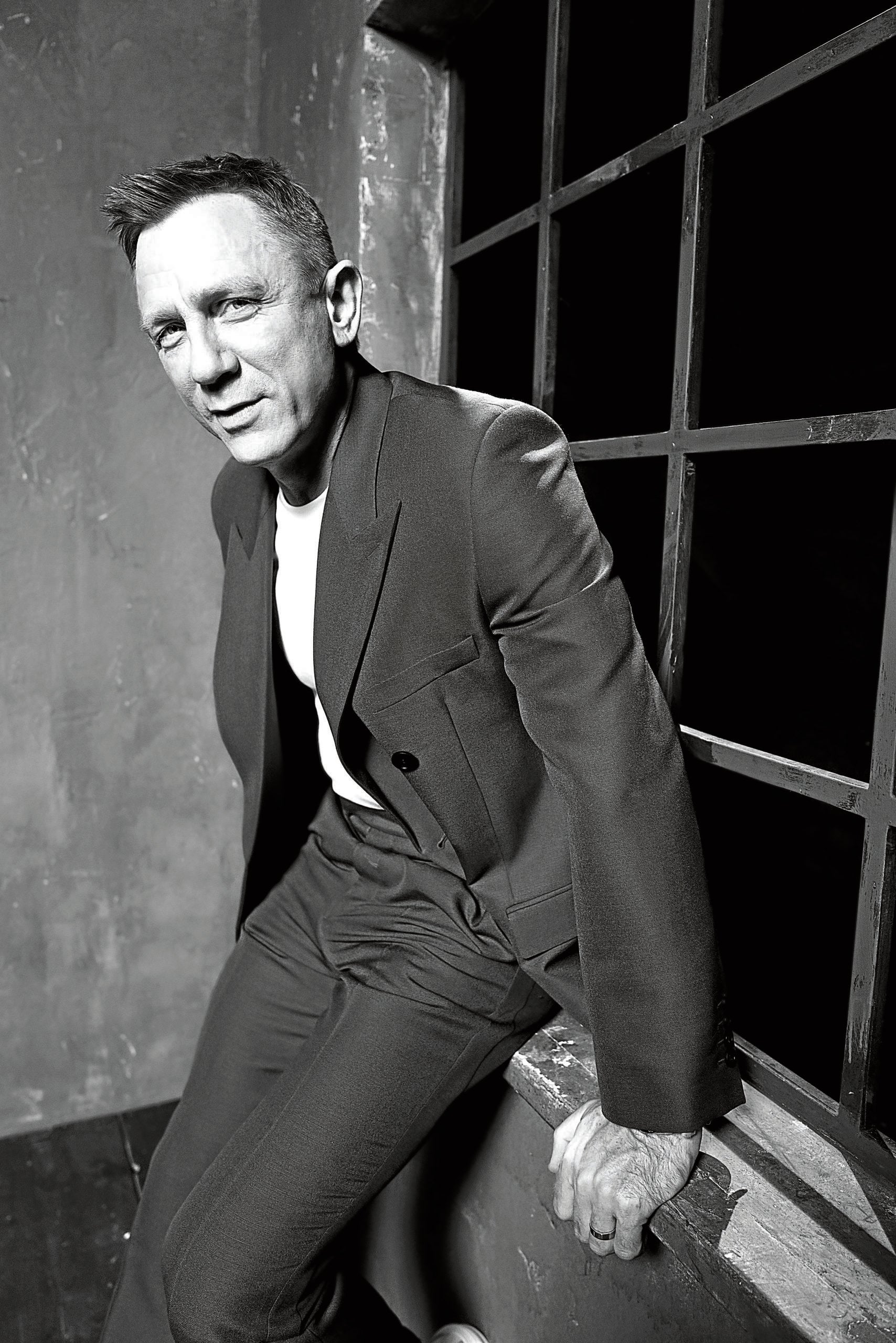 Our Q&A with Daniel and Cary:

What are you most proud of in those 15 years of playing the character?

Daniel: So many things. It’s mainly the whole experience of it … that’s what I’m most proud of … and the fact that, thanks to Cary’s brilliant help, we’ve managed to develop a narrative that helps cap off the story that we’ve been trying to tell through those previous films. I feel like, with “No Time to Die,” they now work as one narrative thread—which makes the movies more engrossing to watch.

You’ve made Bond feel more like a real person than the actors before you and, basically, have set the bar high for your successor. Moving forward, what are your hopes for the franchise and for the next actor who will carry on with the character?

Daniel: The great thing is, I’m out of it, so that’s going to be the next person’s issues now. But I do believe it’s just a question of trying to leave the role in good shape. Do your best, and you’ll be great. It’s an incredible franchise that has lasted so long, so just take it on further and make it better. Don’t get carried away.

Daniel is a lot of people’s favorite Bond. Cary, what do you think has Daniel brought to the character?

Cary: Well, Craig is also my favorite Bond (laughs). He’s brought a level of complexity and humanity to the character we haven’t seen before. So, it was very exciting to bring Bond back to reality in this particular run and turn him into a human being that we could all aspire to be.

The character has been attracting discussion about sexism, Cold War attitudes and so on. But Daniel’s portrayal has taken Bond to a new direction. Will there come a point when James Bond will be so politically correct that he’ll no longer be the James Bond we know?

Daniel: There’s a lot of conversation going on now about where we’ve taken this version of Bond. But I think people should wait and see, because I think they worry about things too much. We haven’t tried to make this Bond so politically correct that we’re bringing something to a close. It’s a Bond movie, after all. And all of those contradictions about the character and who he is are still in place. Yes, they’re very different from the way they were when Sean Connery or Roger Moore did it, but the elements that make up a Bond movie are still very much in place.

Cary: Everything that makes Bond such an attractive character is how much of an outsider he is, how he operates to the beat of his own drum, and how he rails against authority. His experiences, whatever they were prior to becoming a spy, inform his decisions as a double agent. That stems back to how Ian Fleming wrote the character after his experiences in World War II. So, I think that DNA of the character could never change.

The character has gone through a lot of changes through the years. What do you think is the secret behind James Bond’s enduring appeal?

Cary: The tradition of the film coming out and the experience of families watching it together, whether it’s in cinemas or on TV, is the sort of cultural experience that explains why he is much adored throughout the world. He has evolved so much to reflect the times—it’s a character that is in constant development, so it’s always being renewed in some way.

What would you say to your younger self knowing what you know now?

Daniel: I thought about this the other day. I was so naive and green and just open to everything that I just soaked up everything that was put in front of me. So, I think too much knowledge back then would be a bad thing—it would be overwhelming! So, I think I would have no advice for my younger self.