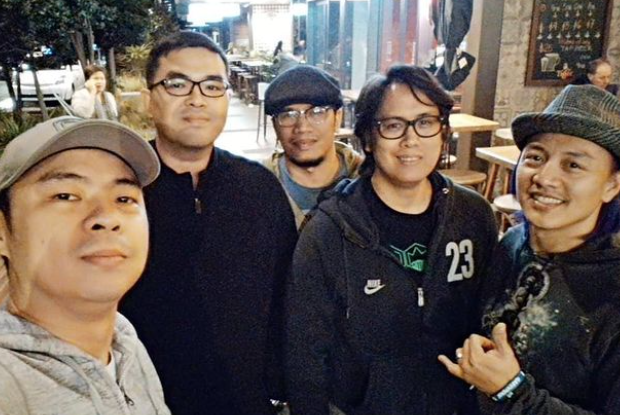 Parokya ni Edgar is finally returning with their first album in five years, “Borbolen,” which is set for release tomorrow, Dec. 10.

The rock band’s frontman, Chito Miranda, announced the new album’s release on his Instagram page yesterday, Dec. 8. His announcement was accompanied by the album’s cover art.

“Lalabas na ‘yung bagong album namin in [two] days,” Miranda said. (Our new album will be out in two days.)

He then explained that the new release will feature some songs written five years ago, some made amid the COVID-19 pandemic and one supposed to be part of their 2003 album “Bigotilyo.”

“Borbolen” will be available in all digital platforms and can be pre-saved on Spotify, Apple Music and Deezer, among others. The upcoming release will be the band’s 10th studio album.

Most recently, Miranda collaborated with Ben&Ben for the song “Swimming Pool,” which is included in the folk pop band’s second album, “Pebble House, Vol. 1: Kuwaderno.”  /ra