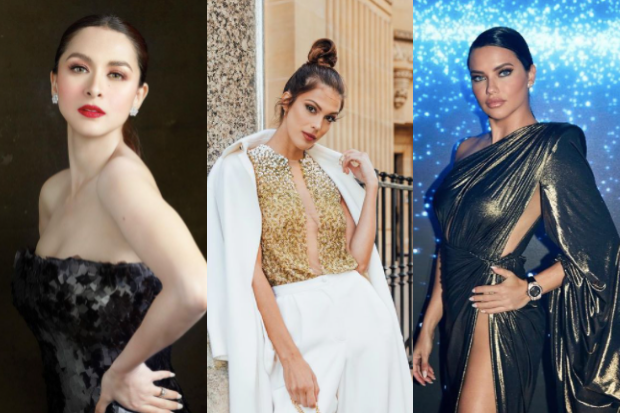 The members of the selection committee will be part of the panel of judges for both the preliminary competition and the finals night.

Meanwhile, American actress Rena Sofer will be one of the judges for the finals while American TV host Cheslie Kryst and Miss Universe 1976 Rina Mor are going to judge the preliminary competition.

Rivera arrived in Israel last Tuesday, Dec. 7, to judge for the pageant. She is accompanied by her glam team and her husband, actor Dingdong Dantes.

Recently, she defended herself from those who criticized her being chosen as a judge for the pageant. Despite this, she believes being part of the selection committee is a good opportunity that she would not want to miss.

Read Next
‘West Side Story,’ ‘Dune’ among AFI’s top 10 movies of 2021
EDITORS' PICK
Acer starts the year off strong with the Aspire Vero National Geographic Edition
Gear up and get ready to play with Yamaha Mio Gear
PH to import 60,000 tons of fish to cover shortage
Workers are exempted from ‘no vax, no ride’ policy – DOLE chief
Over 3 Million worth of prizes to be won at Smart Padala’s SENDali Manalo Promo!
#VotePH2022: COVID, power woes loom as poll concerns
MOST READ
1Sambayan names 7 aspirants in its 2022 Senate lineup
Cold-case investigation names surprise suspect in Anne Frank’s betrayal
Guevarra to Acosta: Obey rules on unvaccinated
Emma Stone calls Andrew Garfield a ‘jerk’ after he ‘lied’ about his ‘Spider-Man: No Way Home’ appearance
Don't miss out on the latest news and information.