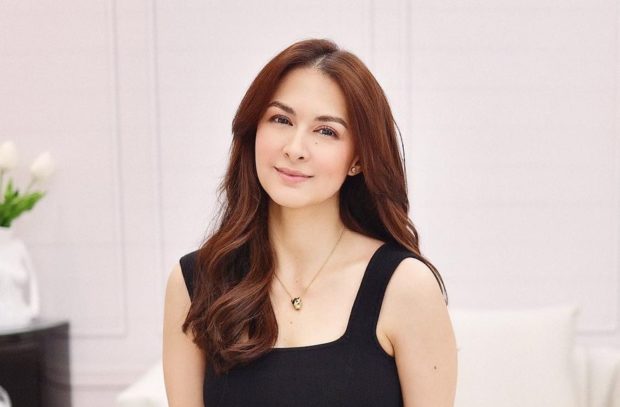 Marian Rivera stood up for herself after her credentials as a judge in the upcoming Miss Universe 2021 pageant was questioned by critics.

The actress addressed the said criticisms against her in an interview she showed on her Facebook page yesterday, Dec. 4. Her stint as a Miss Universe judge was doubted by netizens because she supposedly “does not speak English very well.”

(I will admit that English is not my first language but Filipino, and yet they still chose me, maybe not just because of that, but also because of my body of work as a Filipina. I can just say I’m not a pretentious person. I’ll express myself based on how I feel on that day.)

Rivera added that being part of the Miss Universe selection committee is a good opportunity she would not want to miss.

(This does not come often, so why wouldn’t I accept it? For me, this is a great honor. If you ask me if it would be difficult for me to leave my kids behind, of course, it would be hard but I believe, someday, they would understand this sacrifice I’m doing.)

Rivera’s  fans also came to her defense on Twitter, calling out her critics for being “elitist.”

“Marian Rivera has substance when she speaks especially when she expressed it in our local language. You are just too elitist and a snob to notice it because it is not in English,” one @merrychris4ever said.

marian rivera has substance when she speaks especially when she expressed it in our local language. you are just too elitist and a snob to notice it because it is not in english. yet you did not complain when manny pacquiao judge miss universe in 2015. pic.twitter.com/xkQ3wVz3PC

The netizen then pointed out that aside from being an actress, Rivera is also a goodwill ambassador for Smile Train, an organization that is supported by the Miss Universe Organization.

Rivera’s upcoming stint as a Miss Universe judge was confirmed by the actress last Friday, Dec. 3.

However, speculations about it started last Thursday, Dec. 2, when she said via Instagram that she was “honored,” along with a crown and universe emoji. Her husband Dingdong Dantes also teased her being a judge by telling the actress “Miss u.”

The 70th Miss Universe pageant will be held in Israel on Dec. 12 (Israel time). The Philippines’ delegate to the pageant, Beatrice Luigi Gomez, arrived in Israel last Nov. 28. JB

Read Next
Lin-Manuel Miranda talks about creating music and magic for ‘Encanto’
EDITORS' PICK
Acer starts the year off strong with the Aspire Vero National Geographic Edition
Gear up and get ready to play with Yamaha Mio Gear
PH to import 60,000 tons of fish to cover shortage
Workers are exempted from ‘no vax, no ride’ policy – DOLE chief
Over 3 Million worth of prizes to be won at Smart Padala’s SENDali Manalo Promo!
#VotePH2022: COVID, power woes loom as poll concerns
MOST READ
Guevarra to Acosta: Obey rules on unvaccinated
PH to import 60,000 tons of fish to cover shortage
Emma Stone calls Andrew Garfield a ‘jerk’ after he ‘lied’ about his ‘Spider-Man: No Way Home’ appearance
Cold-case investigation names surprise suspect in Anne Frank’s betrayal
Don't miss out on the latest news and information.