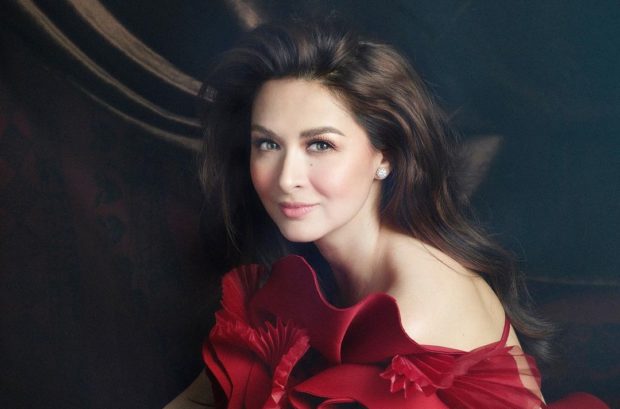 Will Marian Rivera be part of the selection committee in the 70th Miss Universe pageant? Fans speculate that the actress will serve as a judge in the competition after she called herself “honored.”

Rivera appeared to have teased that she will be a judge for Miss Universe 2021 after she showed a photo of herself on her Instagram page today, Dec. 1. The Kapuso star looked stunning in a red off-shoulder dress for a glam shoot by Mark Nicdao.

“Honored,” Rivera said, accompanied by a crown and universe emoji.

Meanwhile, Rivera’s husband, Dingdong Dantes, also appeared to have hinted at the supposed judging stint as he greeted the actress, “Miss u….”

Neither Rivera nor the Miss Universe Organization has confirmed whether the actress is going to be part of the beauty pageant’s selection committee.

If Rivera is indeed going to be part of Miss Universe 2021’s selection committee, she would not be the first Filipino to take on the role. Miss Universe 2015 Pia Wurtzbach was chosen as a judge in 2017, while Broadway star Lea Salonga was part of the panel of judges in Miss Universe 2011.

The 70th Miss Universe pageant will be held in Israel on Dec. 12. The panel of judges is usually announced ahead of the competition’s finals.

Miss Universe will push through in Israel despite the travel restrictions in the country in response to the emergence of the Omicron variant of the coronavirus. Israel’s tourism minister, Yoel Razvozov, assured that participants in the pageant will be subject to various precautionary measures.

The Philippines’ delegate to the Miss Universe, Beatrice Luigi Gomez, flew to Israel last Nov. 27. She tested negative for the coronavirus upon arrival in Jerusalem.  /ra

Read Next
SoFi Review: BTS brings moments of magic, surprises in emotional reunion with ARMYs
EDITORS' PICK
Acer starts the year off strong with the Aspire Vero National Geographic Edition
Gear up and get ready to play with Yamaha Mio Gear
PH to import 60,000 tons of fish to cover shortage
Workers are exempted from ‘no vax, no ride’ policy – DOLE chief
Over 3 Million worth of prizes to be won at Smart Padala’s SENDali Manalo Promo!
#VotePH2022: COVID, power woes loom as poll concerns
MOST READ
Guevarra to Acosta: Obey rules on unvaccinated
PH to import 60,000 tons of fish to cover shortage
Emma Stone calls Andrew Garfield a ‘jerk’ after he ‘lied’ about his ‘Spider-Man: No Way Home’ appearance
Cold-case investigation names surprise suspect in Anne Frank’s betrayal
Don't miss out on the latest news and information.