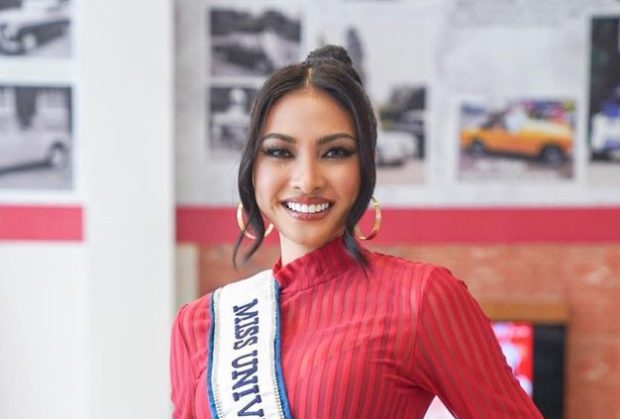 Miss Universe Philippines Beatrice Luigi Gomez experienced a brief luggage mishap upon her arrival to Israel, after one of her suitcases went missing on her way to Jerusalem.

Miss Universe Philippines  communications director Voltaire Tayag revealed that one of Gomez’s suitcases was not taken to her room when she reached Jerusalem, though all were accounted for at the airport in Tel Aviv, as stated on his Instagram page yesterday, Nov. 30. Tayag also showed Gomez in a tracksuit posing next to Miss Thailand Anchilee Scott-Kemmis.

“The story behind the tracksuit. Earlier today, Jonas and I were chatting with Bea while she was still in quarantine awaiting her RT-PCR test results,” he recounted.

Tayag then explained that when Gomez tested negative for the coronavirus and was allowed to leave her room, she was told by staff to personally check the hotel’s luggage room for her suitcase.

“We told her to just wear the track suit and the sash (which is required) since there was no official activity and she’s only checking her luggage. It so happened that Anchilee was there and she was asked to take a photo with her,” he said, stressing that the tracksuit is not for any official activity in the pageant.

“So, that track suit was not an OOTD. I hope that before anyone jumps to conclusions, blames people, throw out negativity, know that there is usually a plausible explanation,” he added.

Fortunately, it appears the beauty queen’s luggage has been found as Tayag showed a video of a suitcase while Mariah Carey’s song “Thank God I Found You” plays in the background, as seen on his Instagram page today, Dec. 1.

“Thank you for all the prayers. Thank you to the Philippine Embassy in Israel for helping us reach out to the hotel,” Tayag said.

The beauty queen from Cebu City is hoping to win the fifth Miss Universe crown for the Philippines, following Gloria Diaz, Margie Moran, Pia Wurtzbach and Catriona Gray. She  flew to Israel last Nov. 27 to compete in the pageant.  /ra