Britney Spears given power to execute documents as ‘independent woman’ 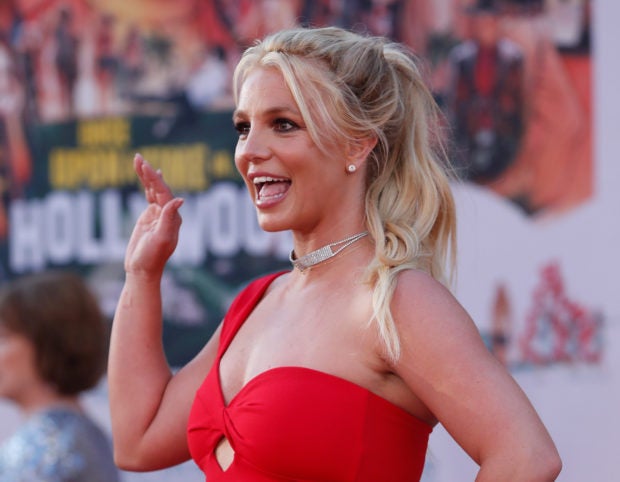 LOS ANGELES — One month ago, Britney Spears’ long-standing conservatorship was terminated, but the legal proceedings continue.

On Wednesday, Spears’ attorney Mathew Rosengart appeared at the Los Angeles Superior Courthouse on behalf of his famous client for the latest hearing in the case, as the singer continues to fight an uphill legal battle, Variety reported.

Though the matters on the table were relatively minor, the judge granted Spears the power to execute documents herself, meaning “she has the power to do whatever she wants to do,” Rosengart said outside the courthouse after the brief hearing.

Inside the courtroom, Rosengart said to Judge Brenda Penny, “Ms. Spears, as an independent woman, not under conservatorship,” should be able to execute documents herself.

On Nov. 12, following more than 13 years under conservatorship, Judge Penny terminated the legal arrangement, ruling that it was no longer necessary. Though the conservatorship was fully terminated, accountant John Zabel was given power of execution of the estate trust and power to transfer assets into the trust at the November hearing.

As of Wednesday’s hearing, Zabel will continue his limited, administrative powers until Jan. 19, the date of the next hearing, which is expected to deal with accounting matters, as well as the petition for substituted judgment.

That petition will remain under seal, Judge Penny ruled on Wednesday, stating she is granting the motion “in the interest of protecting the conservatee’s right to privacy.”

Spears’ father, Jamie, appeared remotely by phone and his attorney, Alex Weingarten, was present in the courtroom. Weingarten asked the judge for Jamie Spears to have the right to access the estate plan, which was quickly objected by an attorney for Zabel, who said, “In a normal situation, a normal person would never have to show their estate plan” to their family or friends or anyone else.

While Wednesday’s hearing was relatively tame, a few moments of courtroom theatrics ensued with Jamie Spears’ attorney, at one point, stating: “I propose that we behave like grown-ups.”

Up until his recent suspension prior to the termination, Spears’ father had been running his daughter’s conservatorship since 2008 when he placed her under the legal arrangement. At the time, she had endured a series of public pitfalls which were magnified by overwhelming paparazzi and tabloid attention. As the years went on, the behavior of Spears’ father came into question, and the #FreeBritney movement put a megaphone to their concerns about the star being held against her own will.

When Spears testified this past June, she told the court she is a victim of “conservatorship abuse,” and her fans’ rallying cries were validated. The spotlight on her father’s conduct intensified, as public interest catapulted with concerns for the star spreading around the world.

Among the allegations against her father are accusations that he, along with Spears’ former business management company, TriStar Sports and Entertainment, was running a surveillance operation in the pop star’s own home, eavesdropping on her conversations with her children. Spears’ father has denied all allegations, and has constantly stated he loves his daughter and is only looking out for her best interest.

Though Wednesday’s hearing was largely focused on housekeeping items, Rosengart briefly addressed some of those allegations, at one point, raising questions as to whether TriStar has “dissipated assets” from Spears’ estate.

“TriStar filed a motion to quash subpoenas that were served on TriStar, as well as Robin Greenhill, and that’s something the court is going to address during the hearing on Jan. 19,” he said.

Ever since Spears retained Rosengart — a Hollywood veteran and former federal prosecutor — in July, his firm’s strategy has been very specific and has moved at lightning speed. Rosengart first worked to have her father suspended, before asking the court to terminate the conservatorship.

For more than a decade, Spears’ father insisted that his famous daughter needed to be under the conservatorship. Suddenly, after Rosengart requested for the court to suspend him, the elder Spears did a quick reversal, urging the judge to terminate the conservatorship altogether.

“This conservatorship was corrupted by James P. Spears,” Rosengart said after the Nov. 12 hearing, citing records show the singer’s father has taken up to $4 million from the estate.

Rosengart’s two-part strategy to first suspend and then terminate was done to ensure that the elder Spears could not evade responsibility for his alleged conduct. Had the conservatorship been terminated first, Spears’ father would not be responsible for turning over documents. Now, with his court-ordered suspension, Spears’ father will be forced to turn over documents that include communications between him and his attorneys.

On Wednesday, Rosengart told Variety and other reporters outside of the courthouse that Spears’ father has failed to cooperate with his requests for specific documents that his firm believes will “shed light in regard to his abuses and the alleged conduct.” Rosengart also said if Spears’ father continues to evade his deposition, his firm will take steps to ensure he is deposed.

Unlike past hearings, Wednesday’s court date was incredibly quiet with only a handful of reporters and fans lined up at the courtroom. Past legal proceedings in Spears’ case have drawn international media coverage with #FreeBritney rallies outside the Stanley Mosk Courthouse in Downtown Los Angeles, garnering groups of people who lined up in the wee hours of the morning.

As for how Spears is doing as a free woman, Rosengart told reporters, “I think she’s commented publicly through her Instagram posts what her state of mind is. She’s delighted. We had a great victory on Nov. 12. She’s a free woman after 13 years of an abusive conservatorship that we believe was corrupted, and I’ll leave it at that.” SM/JB