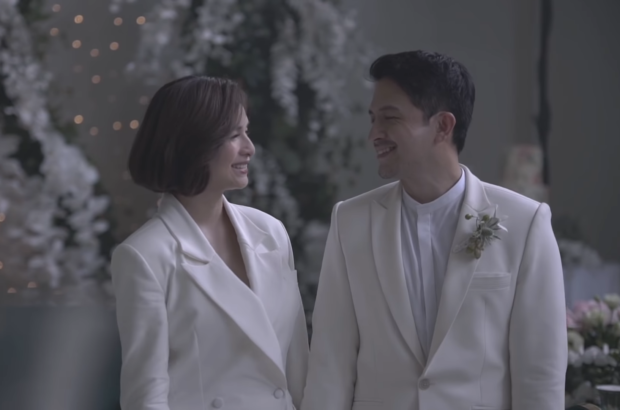 Jennylyn Mercado and Dennis Trillo have confirmed that they are finally married, and gave fans a glimpse of their civil wedding.

The video featured some tearful moments between the couple and their families. It also showed the two saying their vows to each other in the intimate ceremony.

Mercado and Trillo admitted that the day started out quite stressful for both of them, since heavy rains slowed down their trip to the venue and they arrived an hour later than scheduled.

The two can also be seen dancing and posing for their first photos together as a married couple, on photographer Pat Dy’s Instagram page, also yesterday.

Mercado and Trillo’s official wedding video was released days after a photo of them in matching white suits circulated online, leading fans to speculate they have tied the knot.

The couple announced their engagement last Oct. 29, also telling fans that they are expecting their first child together.

Mercado and Trillo celebrated their seventh anniversary as a couple last January. They both have children from previous relationships. Trillo has a son with beauty queen Carlene Aguilar, while Mercado has a son as well with actor Patrick Garcia. JB