Yassi Pressman on grieving: You appreciate the high times when you experience the lows | Inquirer Entertainment
Close
menu
search

Yassi Pressman on grieving: You appreciate the high times when you experience the lows 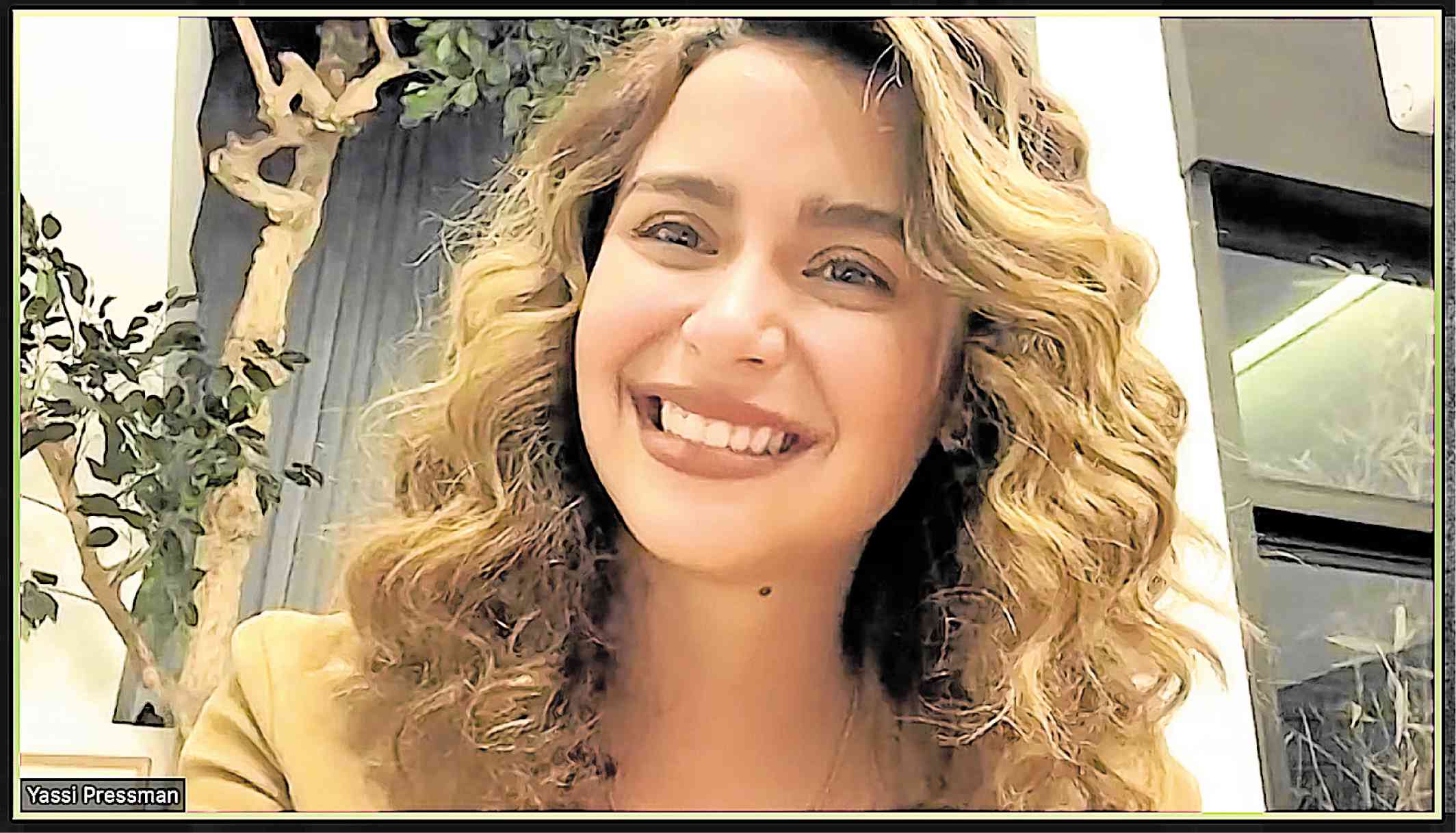 Pressman during the interview

Her kind smile and inscrutable countenance give little away, but Yassi Pressman’s eyes say them all. She may have lost a loved one (her dad) even before she turned 25 last year and endured other struggles over the course of the pandemic, but Yassi, who has fought long and hard to get to where she is now, isn’t giving up without a good fight.

Given what has transpired in the past two years or so, the actress-dancer certainly knows a thing or two about grief, sense of uncertainty and anxiety.

And this is where the Pinoy adaptation of the 2009 Korean film “More Than Blue”—about two orphans, K (JC Santos) and Cream (Yassi), who find comfort in each other’s woes—and Yassi’s mental health advocacy cross paths.

You read that right. Yassi wants to help draw more attention to and spread awareness for the country’s underserved mental health needs, which are urgently needed in challenging times like this.

So, early this year, the actress became the first and youngest female investor of Mind You, a mental health service company that “aims to create happier healthier and more productive workforces by making mental health care accessible, systematic and sustainable.”

For its part, “More Than Blue,” which shows how high the stakes are for both characters and the lengths they’d go to avoid hurting each other even more, began streaming on Vivamax last Friday.

“I didn’t watch the original Korea version because I didn’t want it to influence my performance,” Yassi explained over Zoom when we spoke to her for this one-on-one interview. “I wanted to embrace the character without copying or imitating anything from what I’d see in the film, so I chose not to watch it. I wanted the portrayal to be as raw as possible.

“But I have to admit that I was also a little scared, because I thought, ‘Maybe I should watch it, just out of respect for the project.’ So, when I was already on the set, I saw the Taiwanese version, then I asked Direk (Nuel Naval), who also didn’t watch it, if I should make the character a little more expressive and give her bigger movements.

“Direk said that he wanted to create what would look like new material … for him and for the viewers. So, I was happy I didn’t get to see the Korean original … and our version is definitely more Pinoy at heart.

“Fans of the film will surely recognize the familiar story, but the Korean one has that bouncy feel, while Cream in the Taiwanese version is a little more energetic and over the top.

“Those earlier versions have some sensitive topics that do not apply to our culture. So, we made the story more culturally appropriate. Having said that, the backbone of the story is almost the same. I hope Filipino viewers will like it.”

Asked how she spent the break she got when she finally left “Ang Probinsyano,” Yassi disclosed, “I had to travel a lot this year—about a month at a time—because it was getting a little too sad here! It was the first time in my life that I took trips that long. It was a wonderful experience because nobody knew who I was, and I could just walk everywhere I wanted.

“Dito kasi was sad because everybody’s wearing face masks and shields. It was just nice to get out. When I was younger kasi, I couldn’t really afford to travel like that. So now that I’m done with ‘Ang Probinsyano’ and my bosses have allowed me to take a break, I was able to go out.” 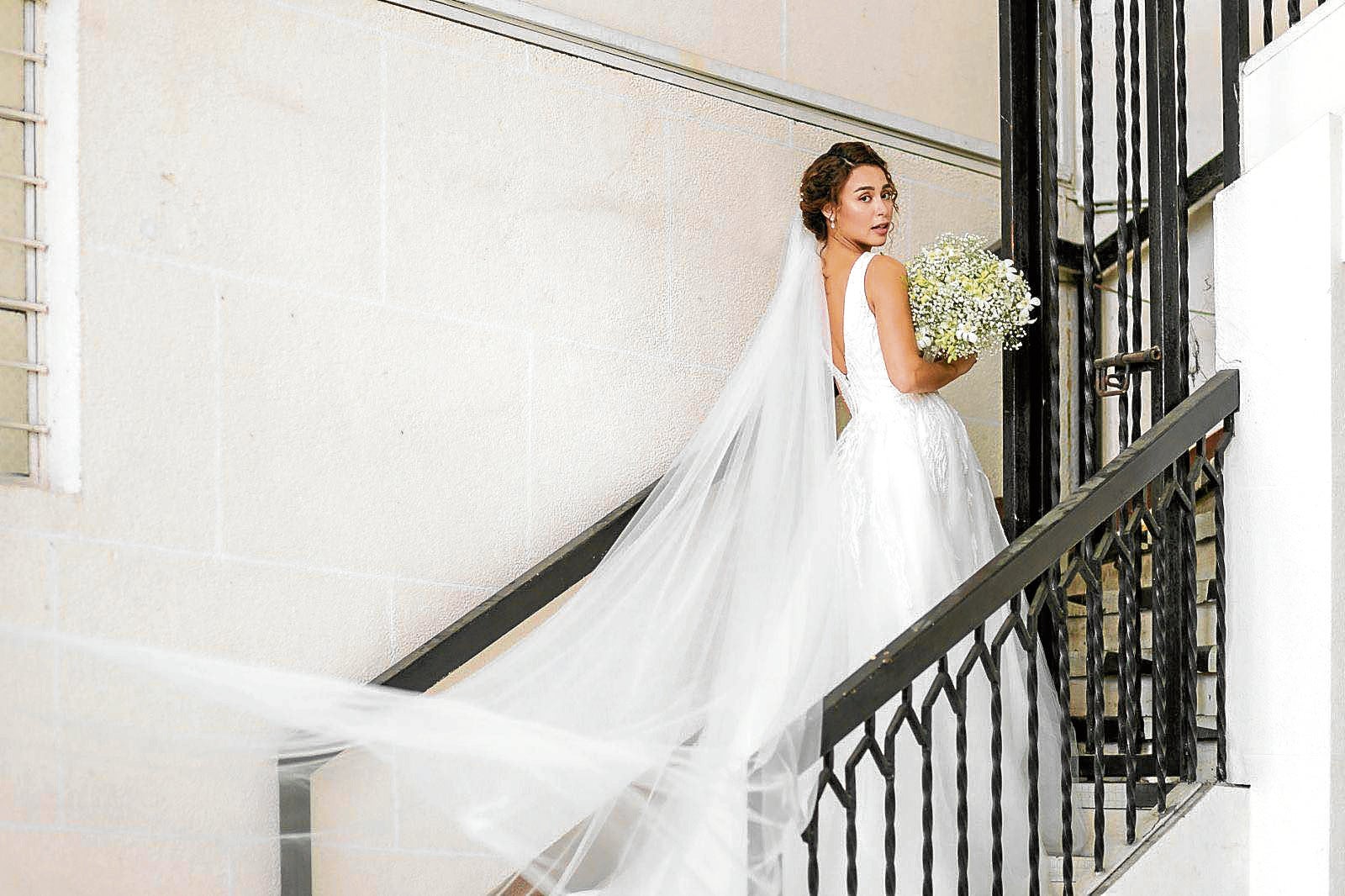 Our Q&A with Yassi:

I read somewhere that the actual translation of the Korean title of “More Than Blue” is “a story sadder than sadness.” You’ve had your own struggle with grief and anxiety, so this makes the movie an ideal platform to express that and put your bottled-up emotions to good use. But what helped you the most in dealing with yours?

I feel like time is definitely needed for me to be able to move on. But time does heal everything. You do have to go on your own pace. I had to go back to work, but I felt like I needed to conceal my feelings. So, I shifted my focus onto many things, which always helped me.

That’s where my character Cream and I are alike. She also does not want to feel sad or get distracted by whatever she’s going through. Then, I realized that I cannot always run away from the things that I do not want to feel, and that helped me process my emotions a little bit more.

It made me appreciate myself better … appreciate being in grief more than pushing it away … because with pain and grief, you appreciate joy a little more. You appreciate the high times when you experience the low ones.

I am not afraid to “feel” any more. But I make sure that when I do, I have the right people around me … the ones who keep me grounded, the ones who remind me of who I am, why I’m here, and why I’m doing the things that I love to do.

What’s your takeaway from the movie?

Love will always win! But I also love what JC says about this … that the movie will remind people to tell their loved ones every day how much they love them. Because we don’t know what’s going to happen tomorrow.

Were you expressive when you were younger?

Super! I’m not just very expressive, I’m still such a hugger. I love expressing my feelings by giving people hugs or aakbayan ko po sila or I’ll hold their hand. That is one of my love languages.

Touch for me means so much. Even when people don’t tell me a lot of things, if they touch me by my shoulder and they look me in the eye, I feel like they’re saying that everything’s going to be OK. And that means so much to me.

How did your participation in Mind You come about?

Thank you so much for asking—this would help us spread awareness for it. Mind You is a mental health service company that I invested in early this year because I saw so much potential in it. I was approached by my friend Michael Needham, who told me he was building a team, but that they needed someone to help them within the next two weeks. I met them two days later and decided to come in as a partner the following week.

Mind You’s whole mission is to be able to help Filipinos, especially nowadays with the suicide rates going up during the pandemic. Nobody wants to talk about what they’re going through because they’re scared of judgment. So, instead of people putting their hand out, saying, ‘I need help,’ they think instead, ‘Tatawagin akong baliw, kaya titiisin ko na lang.”

That doesn’t work all the time, however. But you don’t have to go through everything alone because there are people who are going to understand you … you just have to find them. Unfortunately, just looking for access to psychologists is hard—it’s often inaccessible and not affordable.

Mind You is now servicing other businesses—we already have Ayala, GCash, Ateneo and other companies on board—offering free service for their employees. In the next five years, it also intends to provide help for 1 million Filipinos who can’t afford it.

Is it true that Liza Soberano and Nadine Lustre are part of the company now? And can you talk more about your own struggles?

As far as my own struggles are concerned, I used to push my feelings to the side. I only experienced battling with anxiety a couple of years ago, but I didn’t know what it was or how to explain it.

But things changed when it started to get a bit more physical. So when anxiety attacks happen, sometimes you’ll have physical effects wherein your muscles would tense up. You don’t know what to do, and it feels like a stroke.

Then, I realized I just needed to “unload” and talk to someone, whether I had a problem or I just needed to process my thoughts and emotions. That’s how I learned to “let go” of anger, disappointment or whatever I was going through. It allowed me to start the week fresh again.

If you could go back in time and meet the young Yassi, what advice would you give her?

The young Yassi made a lot of fast decisions, and I think I still do that. But then, the young Yassi was molded by my father, who always told me to never give up. I’m very lucky to have had that rock in my life who taught me to just keep going. And if I fell, I knew that he was there to catch me.

My dad helped build the determination and confidence in me, even when I didn’t believe in myself. And there was really a point where I lost focus and just gave up! Thank God, I came back … so here we are.