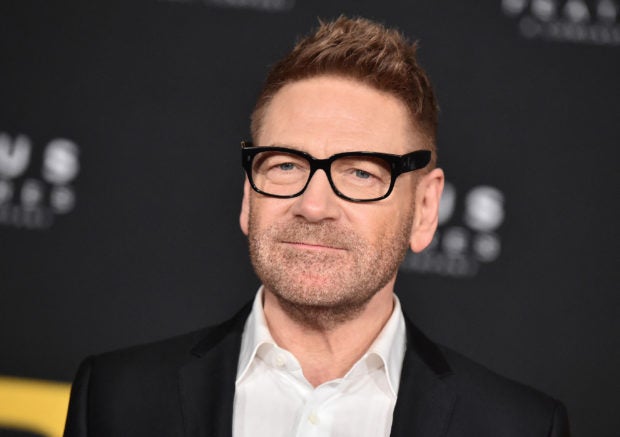 “Belfast,” a hot favorite to become the first Oscar best picture winner made during the pandemic, was inspired by the “other lockdown” of Northern Ireland’s Troubles, its writer-director Kenneth Branagh said Tuesday.

The critically acclaimed black-and-white drama, out Friday, received its glitzy Los Angeles premiere at the newly minted Academy Museum this week, as its studio Focus Features gears up for a lengthy award season campaign for the movie based on Branagh’s childhood.

“It came out of that silence that a lot of us stared into at the beginning of the lockdown and it certainly sent me back to this other lockdown that we experienced where both ends of the street were barricaded,” said Branagh.

The Shakespearean stage actor-turned-movie star and director moved with his family to England in the late 1960s to escape escalating violence in Northern Ireland.

The movie begins with a scene of street violence in the summer of 1969, when Protestant gangs attack Catholic families to force them out of streets where the two groups had lived side by side.

“I was 16 when 1969 arrived and I have memories of the thrill of this explosion, and it was only a day later that I started to see the menace of it,” said co-star Ciaran Hinds, who, like many of the cast, grew up in Belfast.

“My childhood at that time was the sound of the city at night, and explosions in the distance echoed off the hills of Belfast, or gunfire at night.”

The so-called “Troubles” would blight the British province for the next three decades, dividing communities along religious and nationalist lines.

Set against the outbreak of that violence, the film centers on a family whose young father (Jamie Dornan) reluctantly wants to leave Belfast to secure a better future.

His wife (Caitriona Balfe) and young son (Jude Hill) wish to remain in a tightly knit neighborhood where they have deep roots.

“Belfast” entered production in August of 2020, with daily COVID-19 testing and departments such as props and sound given strict windows to set up in isolation.

“I wanted to shake hands with that nine-year-old kid, and also try to understand what my parents have gone through,” said Branagh.

“In this pandemic a lot of people have made enormous numbers of sacrifices. And I think in this time, and in these communities, people did (too).”

“I think it’s to do with maybe us not being fully put back together again, after what we’ve been through,” said Branagh, of the film’s popularity.

“There’s still a couple of layers of skin missing. And maybe we need some emotional release, and storytelling has always helped provide that.”

The movie presents a chance for Branagh, 60, to win a first Oscar after five Academy Award nominations, all in different categories.

His first nods came in 1990, best actor and director for “Henry V,” and three years later he was nominated again for best live action short film for “Swan Song,” before another for the adapted screenplay of “Hamlet” in 1997.

Having lost his Irish accent as a child who “just wanted to not stick out” in England, Branagh said theater and film had finally enabled him to reconnect with his roots.

In recent years, Northern Ireland has emerged as a major film and television production hub, providing many of the settings for smash hit series “Game of Thrones.”

“The Irish were born for leaving, but that leaving comes at a price,” said Branagh. “I most certainly lost my way for quite some time, I would say. It took me a long way to find our way back home. And with this film I did.” JB