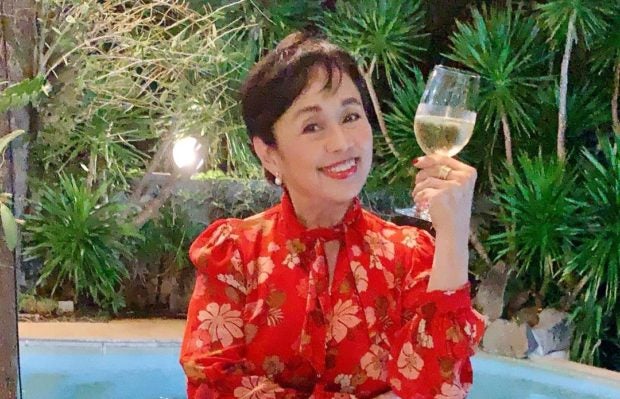 Vilma Santos looked back at a time when she and Superstar Nora Aunor were once affected by the rivalry between their fans, admitting that the experience was “awkward” for her.

The Star for All Seasons recalled the fights that happened between her fans and Aunor’s—the Vilmanians and Noranians—on her son Luis Manzano’s YouTube vlog yesterday, Nov. 9. The actress was responding to a netizen who told her she had once gotten into a fight while defending Santos.

(There was a time when we were both affected. Because of the rivalry, we did not talk to each other. I was with my Vilmanians, and she she with all her Noranians in a corner.)

She also described the rivalry as “physical,” where people threw things at each other. Santos added that because of the fights between their fans, she felt “awkward” working with Aunor for some time.

“Kapag magkaeksena kami, ‘yung tinginan namin parang awkward. Umabot kami sa gano’n,” she told Manzano. (When we were in a scene together, our looks toward each other seemed awkward. We reached that point.)

According to Santos, these kinds of interaction between her and Aunor went on for some time until she visited Aunor when one of the Superstar’s parents passed away. She then assured the public that she no longer felt awkward when around Aunor. They eventually became close and are actually “kumares.”

Santos and Aunor, who are longtime professional rivals, previously worked together in the films “T-Bird at Ako” and “Ikaw Ay Akin,” among others.

For Santos, her acting style complements that of Aunor’s, she said in a 2017 interview with the Philippine Daily Inquirer. She noted that she relies mostly on body language when doing scenes, while Aunor is known for her “subdued portrayals.”  /ra

Vilma Santos now a vlogger, creates her own YouTube channel